Roger Waters kicks off “Us + Them Tour” in Kansas City: Video + Setlist 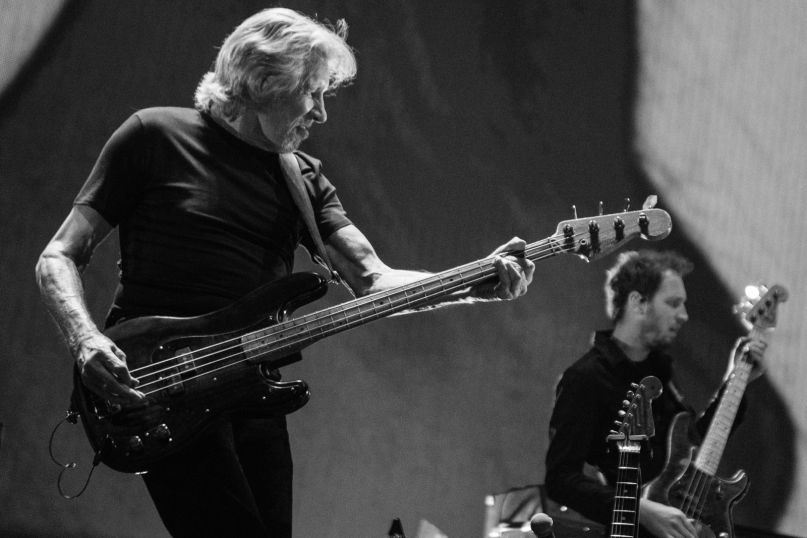 Roger Waters kicked off his latest tour, “Us + Them”, in Kansas City, Missouri on Friday night. The 24-song set was the same as the one he previewed at a rehearsal in New Jersey last week, kicking off with a barrage of Pink Floyd classics including “Breathe”, “One Of These Days”, “Time”, and “The Great Gig in the Sky”. Waters then previewed a selection of songs from his forthcoming solo album, Is This the Life We Really Want? with “Déjà Vu”, “The Last Refugee”, “Smell the Roses”, and “Picture That”. The second half of the set consisted primarily of Pink Floyd songs, such as “Wish You Were Here”, “Another Brink in the Wall”, “Money”, and “Us and Them”. See the full setlist below.

A stunning array of visuals accompanied each performance, with things taking a pointedly political turn as Waters performed Pigs “(Three Different Ones)”.

According to The Kansas City Star:

“The video for ‘Pigs (Three Different Ones)’ was a devastating piece of anti-Donald Trump propaganda. Borrowing from the lyrics, the word ‘charade’ splashed across the screens as unflattering illustrations of the commander-in-chief cycled in and out. During the long guitar solos, an inflatable sow wearing the phrase ‘piggy bank of war’ flew over the crowd.

‘Money’ sustained the proletariat rage, as images of Trump’s failed casinos, Russian buildings and photos of Kremlin and cabinet officials accompanied the music.

A very few people headed for the exits – one man raised his middle finger to the stage while departing during ‘Money’ – but they were easily outnumbered by fans raising their beers, singing along and reveling in the moment. ‘Pigs (Three Different Ones)’ may have been the least subtle moment of the evening, but it also drew far more applause than any other non-radio track.

See fan-shot video from the concert below.