Josh Homme teases the ...Like Clockwork follow-up in a new interview 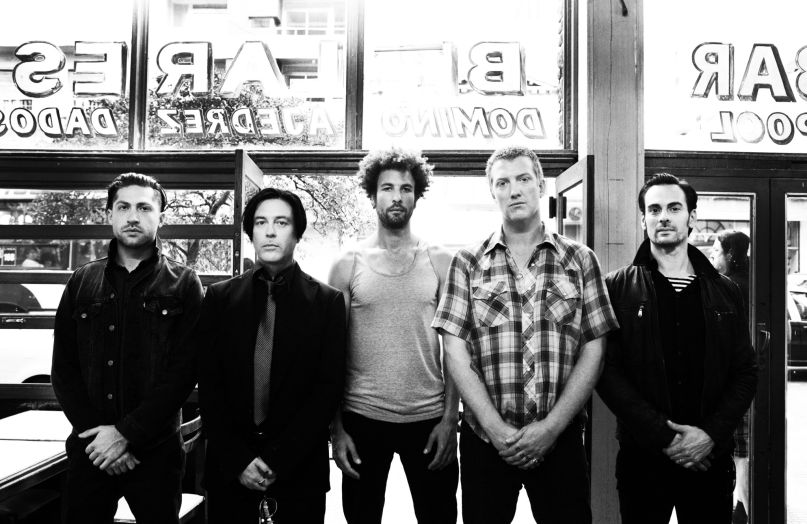 As of April, the new Queens of the Stone Age album was finished and mixed. Josh Homme has kept nearly all other details close to the vest, and he remained coy in a new interview with New Zealand radio station Rock FM — with a few exceptions (via Ultimate Guitar).

Homme described the forthcoming record as “uptempo,” and whereas 2013’s …Like Clockwork was “about making it through, this time we’ve made it through the other side and we’re ready to roll.”

The QOTSA frontman also expressed a sense of urgency to release the record, saying that he feels “sort of like a panther in the trees leaping out of the darkness” who’s “ready to pounce.”

Homme previously said the album’s first single would surface prior to the band’s Australian tour in July. Speaking to Rock FM, he declined to provide any more specifics. “It’s “a bit of rock ‘n’ roll hide and seek,” he added. However, Homme did say the band would be letting out “some clues here and there and have fun gently torturing each other” in anticipation of the album’s release.

He concluded his comments on the forthcoming LP saying, “At the end of the day, this is just a musical way to explain a lifetime. So the most important record I’m making is the one I’m working on. For the lack of a better term, I bet my life on it. If you don’t risk anything, you’re not gonna get anything. I don’t want to copy myself, I just want to take another chance at it. It keeps it always exciting that way.”

Revisit QOTSA’s video for “Go With the Flow”: