Could the Windswept song be from Showtime's Twin Peaks revival? 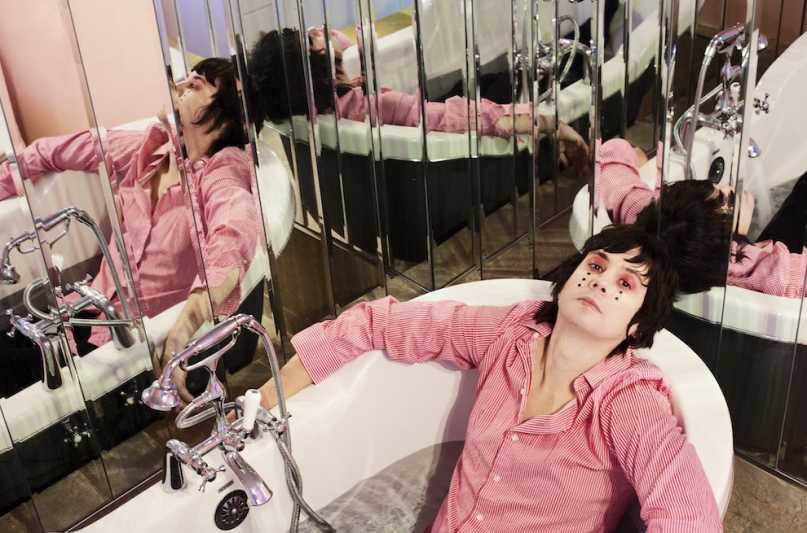 After breaking fans’ hearts by revealing he’d destroyed every physical copy of Chromatics’ long-awaited Dear Tommy, Johnny Jewel made amends in the form of a newly announced solo album. Entitled Windswept, the 14-track effort is out May 10th via Italians Do It Better. In addition to new songs by Chromatics and Desire, the album is said to feature material that Jewel recorded for the upcoming Twin Peaks revival. If we had to venture a guess, we’d say the freshly released “Television Snow” will be one of the songs heard on Showtime come May 21st.

It’s not just the eerie, David Lynch-ian synths and melodramatic accompanying video that hint at the song’s inclusion in Twin Peaks, either. When Echo Park Records’ Alexis Rivera — the same person who announced Windswept and divulged the Dear Tommy destruction — shared the clip on Twitter, he wrote a simple note: “‘Television Snow’ + Johnny Jewel = @SHO_TwinPeaks in two weeks.” A collaboration with Symmetry, the track certainly feels like it would fit into the vibe of the show. See for yourself by pressing play on the visualizer below.

Windswept was previously previewed with its title track. The album is Jewel’s latest since releasing a pair of EPs,The Key and The Hacker, back in March.