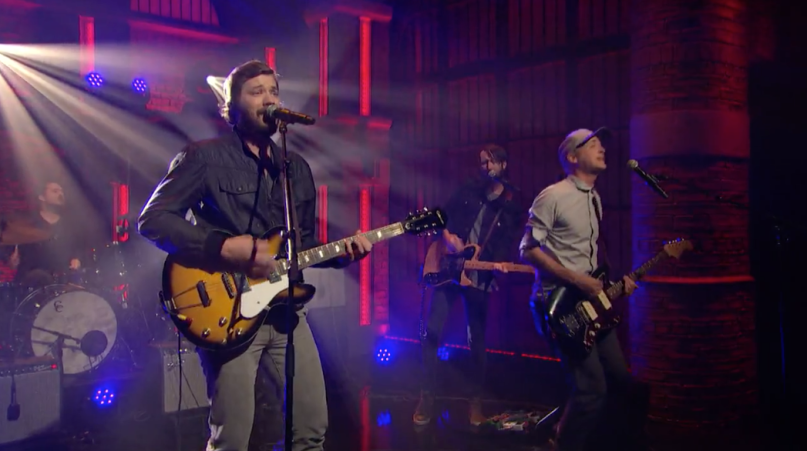 In support of the new LP, the band rolled out single “Restart” on Seth Meyers. Of course, not all the superstar members were on hand, but Pulido was backed by Healy on vocals and guitar. Catch the replay over at the NBC website.

To feast on more BNQT, revisit Volume 1 singles “Unlikely Force”, led by Bridwell, and “Real Love”, the only track to feature all five vocalists. Or you can just stream the whole thing and read our interview with Pulido about the album and the project’s future here.