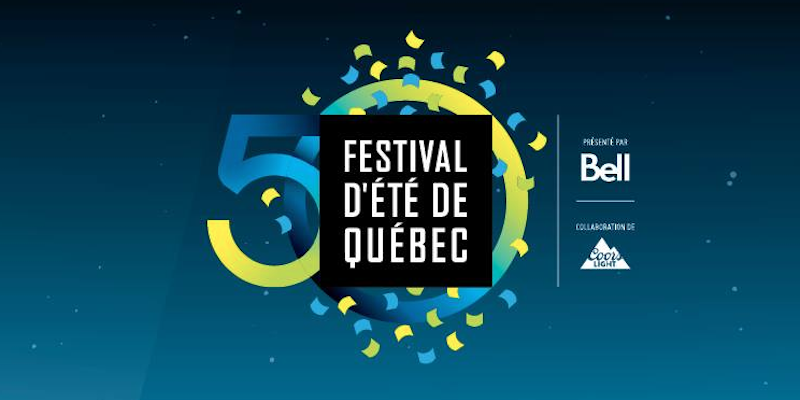 From late June through the end of July, the Parc de l’Amérique-Française will play home to a pop-up exhibition revisiting the last 49 years of Festival d’été de Québec. Created with help from a professional museologist, the free outdoor exhibit will feature photos, newspaper clippings, posters, and other mementos dating all the way back to the beginning of the festival. “At the 50-year mark, isn’t it time to look back at all that we’ve accomplished so we can better turn to the future?” general manager Daniel Gélinas said in a statement. “We wanted to share all this with the people of Québec City, who have been our loyal fans from day one.”

As always, street performances will be a large part of the festivities. During the first weekend (July 7th – 11th), French street theater troupe Plasticiens Volants will present their unique show of floating, giant puppetry. Described as “part puppet, part kites,” the costumes worn by the performers will place them high above the heads of the crowd below while they deliver a show specifically designed to celebrate the Festival’s 50th anniversary. The production will begin on Grande-Allée and make its way toward the grand finale at the Cœur du FEQ.

The second weekend (July 13th-15th) will see the spectacular Transe Express take over the same route with its living mobile. Featuring actors, acrobats, violinists, percussionists, trapeze artists, and even an opera singer suspended from the mobile, the show is soundtracked by some of the most memorable musical moments of the past 49 years of FEQ.

It just so happens that this year also marks Canada’s 150th anniversary, and of course FEQ has found a way to honor that momentous occasion, as well. L’orchestre d’hommes-orchestres will take over the Parc de l’Amérique-Française in the early evenings from July 7th-16th for a series of musical performances using everyday objects. Over forty performers will utilize recycled material to create one-of-a-kind pieces that allude to the values and history of Canada. Due to the improvisational nature of the instruments, each performance will be entirely unique.

All this, and there’s still that incredible lineup of international music to see. For more information on all that FEQ has to offer, head to the festival’s official website.