Twin Peaks Week
The features are not what they seem

Ranking: Every Twin Peaks Character From Evil to Good 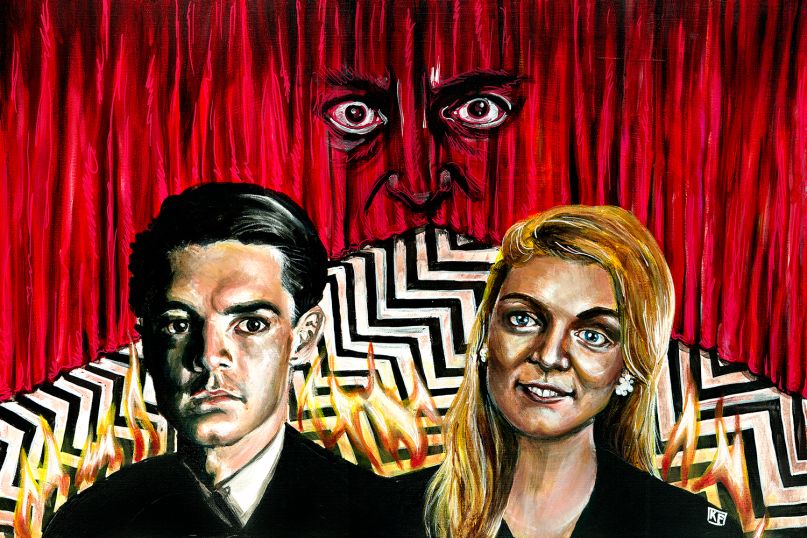 On Sunday, May 21st, Showtime will take us back to the small logging town of Twin Peaks. In anticipation, Consequence of Sound will be reporting live from The Great Northern Hotel with some damn good features all week. Today, we revisit the show’s eclectic cast of characters and sort out where they truly belong: the Black Lodge, the Red Room, or the White Lodge.

It’s a strange world, alright, though nowhere is stranger than Twin Peaks. Even more bizarre are the characters within the fictional logging town. Through two seasons and one twisted film, David Lynch and Mark Frost’s iconic series has seen its share of good samaritans, rotten apples, and hot garmonbozia. Some have slept snugly in beautiful homes nestled in equally beautiful neighborhoods, while others have slummed it in the slummiest bars until the morning sunshine drains out the darkness.

But, then there’s the indefinable, the haunting spirits and terrifying shape-shifters dwelling within the area’s thick Douglas firs. As Sheriff Harry S. Truman (Michael Ontkean) warns Special Agent Dale Cooper (Kyle MacLachlan) early on, “There’s a sort of evil out there. Something very, very strange in these old woods. Call it what you want. A darkness, a presence. It takes many forms but … its been out there for as long as anyone can remember and we’ve always been here to fight it.”

This concept has always been paramount to the conceit of Twin Peaks. In Chris Rodley’s Lynch on Lynch, the legendary filmmaker explains how he dreamed up the series alongside Frost, saying:

“For as long as anybody can remember, woods have been mysterious places. So they were a character in my mind. And then other characters came to our minds. And as you start peopling this place, one thing leads to another. And somewhere along the line you have a certain type of community. And because of the way the characters are, you have indications of what they might do, and how they could get into trouble and how their past could come back to haunt them. And so you have many things to work with.”

As Lynch’s brazen filmography suggests, there’s a flip side to every coin, but light and darkness — or rather, good and evil — doesn’t always boil down to something black and white like heads or tails. More often than not, the two elements twist and turn at every move, and that murky road is how every citizen, passerby, or inter-dimensional tourist gets around in the unpredictably beautiful world of Twin Peaks.

With so many characters to remember, and several more to come, we decided to gather who we already know and figure out where their souls might belong: the violent confines of the Black Lodge, the purgatorial confusion of the Red Room, or the oft-discussed yet rarely seen White Lodge. To quote the Log Lady, “Life, like music, has a rhythm. This particular song will end with three sharp notes, like deathly drumbeats.”