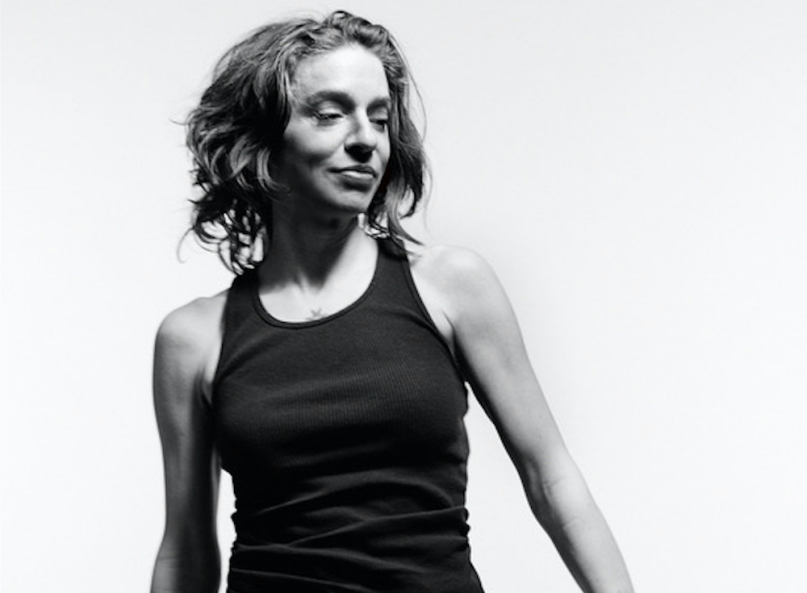 Ani DiFranco has set June 9th as the release day for her latest album, Binary. The 11-track collection serves as the 20th (!) full-length for the singer-songwriter/activist/poet following 2014’s Allergic to Water.

Though it was recorded before the 2016 Election, listeners will be impressed by Binary’s visionary scope, its subject matter often calling to mind today’s troubling political times. A number of songs also tap into the musician’s longtime zeal for activism (recently, she participated in this year’s Women’s March and was involved in a Planned Parenthood benefit alongside The National and Sleater-Kinney), as well as examine some of her more personal relationships.

In anticipation, today DiFranco has shared a song that appears to fall under the latter personal category. A collaboration with Justin Vernon, it’s a gripping track about the unexpected breaking of a bond. “And in the background a riverboat is sounding its goodbye/ Our magic should be more powerful as the years go by,” DiFranco intensely sings, accompanied by the Bon Iver leader’s own sobering coos and bold instrumentation that’s nearly just as powerful as the vocals. “Where did I go so wrong with you? Tell me.”

“We only did a few takes of ‘Zizzing’ in the studio, me, Jenny [Scheinman, violinist], Todd [Sickafoose, bassist], and Terence [Higgins, drummer],” DiFranco tells Consequence of Sound. “It just went down. Then Justin [Vernon] did his thing remotely. Receiving Justin’s tracks over the ole interwebs was like opening a Christmas present. Just what I always wanted!”

Pre-orders for Binary can be found here.