The Afghan Whigs – In Spades 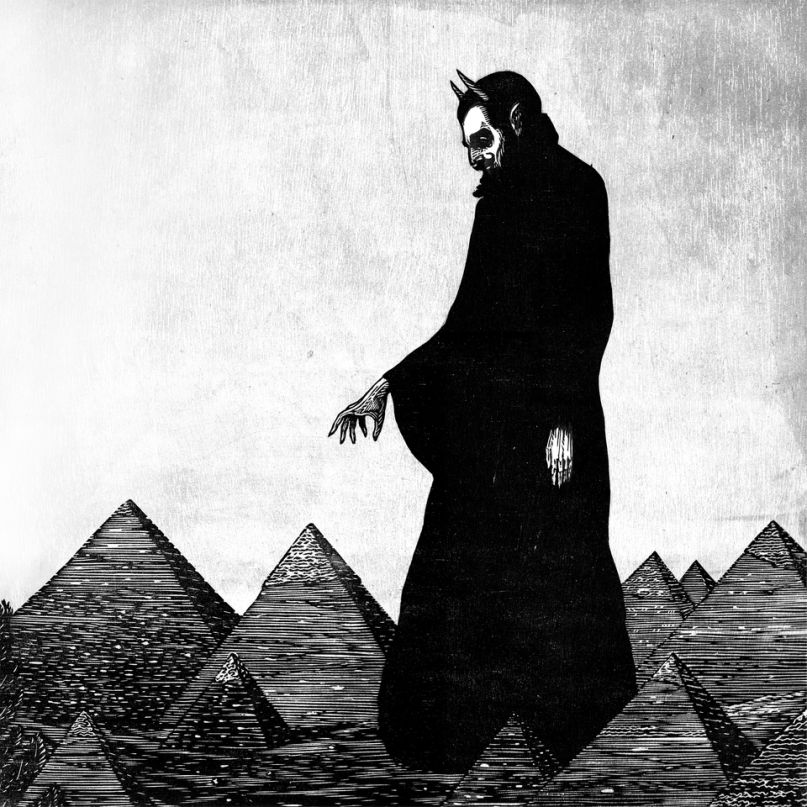 I once used the phrase “torment and celebration in every step” to describe Greg Dulli’s music. Admittedly, “celebration” may seem a strange choice of words given the dark fascinations The Afghan Whigs’ frontman has copped to on albums over the years. Still, the word somehow fits. Whether it’s the sweeping, elegant build to Dulli menacingly slobbering, “Angel, forever…” on the terrifying “Fountain and Fairfax”; the nocturnal, cinematic environs that Black Love drops listeners in the thick of; or the emphatic powder kegs and sonic trapdoors of a Twilight Singers album, there’s an assuredness, a jubilation no matter what deed is about to go down. In hindsight, the lack of that unabashed confidence – the type necessary to turn songs of anguish, jealousy, and retribution into dynamic moments of twisted revelry – may have been what ultimately tamed 2014’s Do to the Beast more than anything else.

Nobody, perhaps not even the band, could’ve predicted what an Afghan Whigs album might sound like nearly two decades after their last. Apart from the passage of time, only Dulli and bassist John Curley remained from the band’s original run. The departure of founding guitarist Rick McCollum — as instrumental as Dulli in developing the Whigs’ signature sound through his leads, effects pedals, and shared love of R&B — left the Beast all the more free to roam. And it’s problematic that by that record’s denouement and final fade-out — despite nightmarish gems like the decimated, soulful “It Kills” and the sinister “Lost in the Woods” — the current Afghan Whigs had yet to present a clear picture of themselves. For a songwriter who refers to studio time as being “on location,” it felt disappointing to hear a Greg Dulli record that seemed to wander off-script and showed few signs of careful storyboarding. The band’s latest, In Spades, identifies as a much different beast in that respect. It knows exactly what album it wants to be and, more often than not, gets there.

Drop the listener off anywhere during In Spades, and they’ll soon know the type of world they’re wandering through. A classic Dulli line like a matter-of-fact “There was a violence in my head” (“Oriole”) or a Lothario’s promise like “I’m gonna be breaking your heart, baby” (“Light as a Feather”) tells you where you stand better than any GPS system or street sign. The record spins like a supernatural, mythical romp through Dulli’s habitual demons, seductions, and ultimatums. And, unlike on Beast, the songs find a sense of depraved brotherhood as they pace themselves in short, cinematic rushes of keys, strings, and horns across the record. Lead single “Demon in Profile” epitomizes this leaner, tighter Whigs style — shifting from foreboding keys to spontaneous guitar to an irresistable vocal turn bolstered by devilish horns and fiendish strings and back again all in three minutes and change. Other standouts, like “Oriole” and “The Spell”, maintain that momentum, pushing forward steadily but not predictably, always leaving room for the floor to drop out or the ceiling to shatter into a thousand pieces.

So much of In Spades recalls what makes the Whigs so much fun. It’s unapologetically brash, soulful, seductive, and more sophisticated than naysayers might care to admit. What prevents the record from nearing the realm of Gentlemen or Black Love really begins and ends with Dulli’s vocals. In the past, Dulli’s patented shout-sing has torn holes in the sky and his croon — able to inhabit every emotion across the spectrum for well-adjusted adults (and several not) — has ridden cinematic waves to triumphant crashes. However, not since Congregation has Whigs material asked his voice to fight through fray this thick, and, at times, we get the dog whose bark isn’t as forceful as it once was or an over-reliance on the falsetto that couldn’t carry Do to the Beast. The slamming, beat-driven “Arabian Heights” and shiny, new “Toy Automatic” both find the frontman buried in the mayhem, either unwilling or unable to rise to that particular occasion and drive the proceedings home like we’re accustomed to him doing.

“If I’m on fire, then you best follow me home,” reasons Dulli on “The Spell”, and In Spades, though not always an inferno, crackles and flares up enough to suggest that the frontman and his Whigs aren’t anywhere close to burning out. Album closer “Into the Floor” finds Dulli unleashed and belting, “I’ll remember you always this way,” as the song swells around him, and then, like on so many of his records, it fades out over one final image: in this case, “And suddenly, a summer breeze.” When Dulli’s at his very best, as he is in that moment, listeners find themselves “on location” as that warm breeze brushes past them. And, yes, it’s cause for celebration.

Essential Tracks: “Demon in Profile”, “Oriole”, and “The Spell”

Editor’s Note: Last year, Afghan Whigs guitarist Dave Rosser was diagnosed with inoperable colon cancer. His bandmates and friends have come together to raise money through a series of benefit concerts, and others can help Mr. Rosser cover his medical expenses through the following GoFundMe page.