Mark Mulcahy – The Possum in the Driveway

An eclectic record that spotlights one of our great, underrated singers 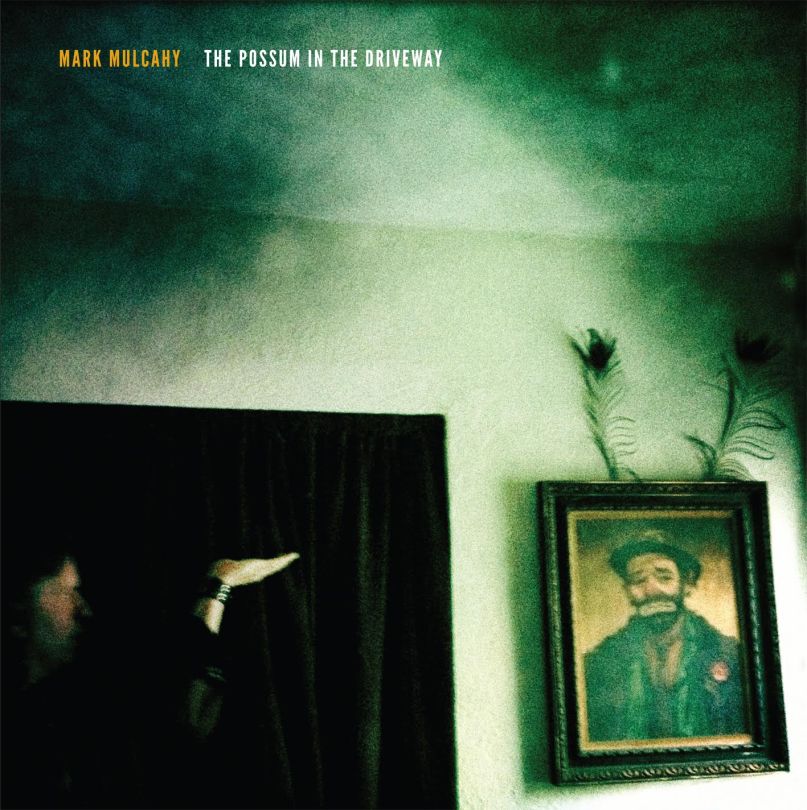 Mark Mulcahy doesn’t mask his excitement very well. He’s pensive and cautious in conversation but erupts like steam escaping a kettle when an idea stirs him. That’s the type of enthusiasm the cult singer-songwriter speaks with when discussing his fifth solo album, The Possum in the Driveway. “The record took years off my life to make,” he tells me. “But the war is over. I won.” Battles during that campaign included a studio burning down, several lengthy recording delays, and a nomadic existence that saw Mulcahy, producer Scott Amore, and several enlisted cohorts trudging between studios to complete their mission. The spoils are a bold new type of album that allows one of the great, underrated singers of his generation to showcase the depth of his talents like never before.

As rewarding as recent reunion tours with overlapping projects Polaris and Miracle Legion have been, one senses that Mulcahy misses recording while on the road. “I’m in love with the art of making albums,” he explains, an emphasis on “albums” that indicates more than a collection of pop songs bundled together, like he describes his last record, 2014’s Dear Mark J Mulcahy I Love You. And Possum certainly feels different. Mulcahy’s trademark jangly guitars have largely been swapped out for lush orchestration and unlikely accompaniment – “trumpets!” he insists several times, as if still trying to convince himself that he made an album that boasts a horn section. Even more noticeable are the stylistic jumps between songs – bare-bones minimalism (“Stuck on Something Else”); a hazy, psychotic nightmare (“I Am the Number 13”); funk-driven caution (“Cross the Street”) – the types of diversions that should threaten to pull an album apart at the grooves. Instead, Possum is that rare record that ventures out in several different directions but always manages to find its way back home by song’s end.

Mulcahy hesitates to call Possum a “vocals record,” but he admits that Amore’s final mix makes his singing the most prominent aspect of the album. And to hear the spotlight shift to Mulcahy’s singing for an entire outing ultimately transforms Possum into a special affair. Longtime listeners will recognize the brimming, youthful exuberance of “Jimmy”; the naked, plaintive tenderness of “Stuck on Something Else”; and even a touch of Nick Cave (“I Am the Number 13”, “Cross the Street”) often belied by the singer’s more pop-friendly arrangements. Unshackled from his normal styles, fans also get to hear Mulcahy as they never have before: belting out a genuine “ba-ba-da” on crackling, soulful “The Fiddler” or reaching for a falsetto on the loungy “Geraldine” as a sax blows alongside. Few of these moments may be in his home ballpark, but his unflagging sincerity ultimately guides most of them through the sweet spot in his wheelhouse.

It’s really not all that surprising to find Mark Mulcahy making a different type of record three decades into his music career. If you ever ask him what he’s working on, he’s as likely to tell you about all the other records he wants to eventually make. That mentality makes sense for an artist who bounced from a rising rock group to a fictional television house band to a solo career before all of these projects sort of fell back into his lap over the last couple of years. Mulcahy’s motto seems to be to keep looking ahead and pushing forward and allow the past to take care of itself. And while The Possum in the Driveway may not be the type of album every Mulcahy fan has been anticipating, they can be assured that it’s yet another worthwhile stop on a journey that seems to have many miles left to go.

Essential Tracks: “Stuck on Something Else”, “The Fiddler”, and “Geraldine”