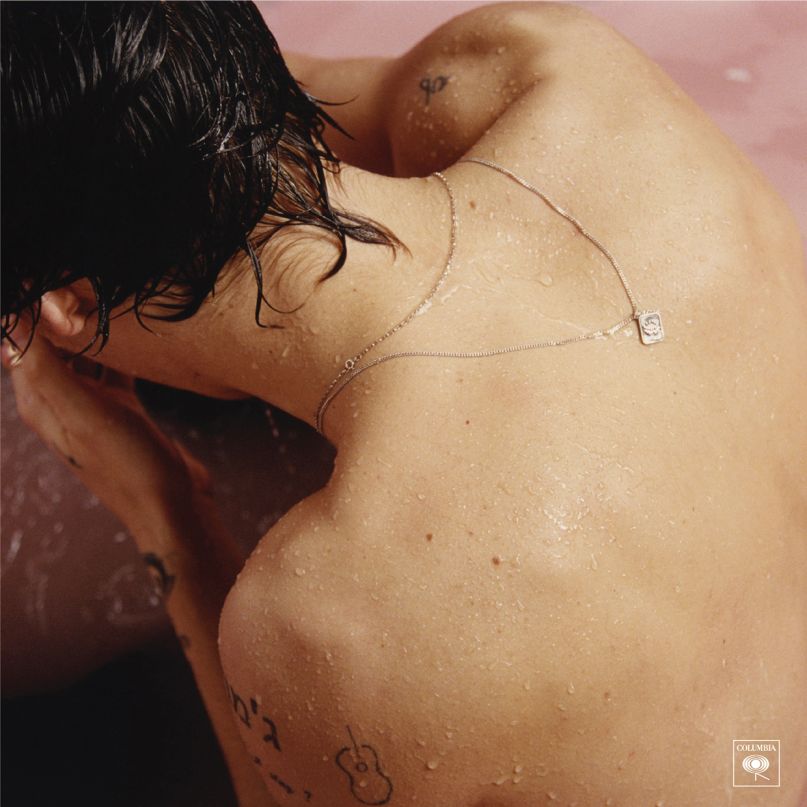 Over the past half-decade, the trend of teenage pop stars shedding their roots and maturing as artists in the second phase of their careers has played out fairly predictably. Either leaving behind the band like the Jonas brothers and Zayn Malik or simply outgrowing their adolescent image like Bieber, Miley, and Selena Gomez, stars follow a similar pattern of abandoning a more family-friendly sound and moving towards a full immersion into modern pop. They partner with cutting-edge producers, collaborate with rappers, and often dabble in R&B or EDM, with a fairly solid track record so far. But Harry Styles, the breakout star of One Direction, doesn’t want to follow that path. He wants to be a rock star.

The seeds were planted this past spring when he unveiled his debut single as a solo artist, the ambitious, ornate “Sign of the Times”. Opening with a breathy, impassioned intro that recalled Lana by waxing melodramatically about our impending doom, the song subtly shifted into a full-on rock opera not too far off from The Black Parade. Belting out his heart about how the world was coming to an end, he captured a flair for the dramatic that suited his outsized persona well. A few well-placed critical comparisons of Bowie aspirations helped, but the song revealed Styles’ bid to follow in the footsteps of classic rock icons of the ‘70s rather than his contemporaries, a feat where he finds varying degrees of success throughout his debut album.

While the outward gaudiness of “Sign of the Times” was certainly a savvy strategy to hook fans and win skeptics over, it also stands as the least representative song of Styles’ self-titled debut. While Styles certainly wants to be a rock star, he isn’t looking to be the second coming of Bowie. Higher on his aspirational list appear artists like Jagger, Henley, and the Allmans, as he explores blues, country, and southern rock, working to settle in on the sound where he thrives while pushing back against his pop upbringing.

As varied as the styles he adopts throughout the record are, it never suffers from a lack of cohesion. After the unassuming intro and the aforementioned lead single, Side-A blossoms with the one two-punch of “Carolina” and “Two Ghosts”. The former finds Styles vamping over some Stones licks with a bluesy saunter in his step, while on the latter, he indulges a forlorn croon looking back at a broken relationship over a slide guitar that could fit on Ryan Adams’ Gold. Styles fits comfortably between the two sounds, displaying the ease and confidence of a veteran who has been active in the industry for seven years.

By not trying to force a single and instead indulging classic rock inclinations, Styles is able to relax and loosen up throughout the album. Whether it’s the tender acoustic ballad “Sweet Creature” or the rollicking Eagles sound-alike “Ever Since New York”, Styles is able to stretch his legs and find his strengths. There’s even a sense of loose experimentation, especially on late-album cut “Woman”, which takes Elton-sounding keyboards over a woozy, psychedelic-filled romp that plays as one of the most daring moments on an album full of them, far removed from the hits of his past.

Like any artist exploring new avenues, Styles encounters his fair share of growing pains along the way. The discordant “Only Angel” flips a soaring synth-led intro into a bluesy barn-burner that fails to develop much beyond kitsch as it plays up the bad-boy/bad-girl tropes a bit too much. He follows that by going full-on Arctic Monkeys circa Whatever People Say… on “Kiwi”, only he’s no Alex Turner and the song never quite comes together. An acolyte of X-Factor who has been staging highly choreographed performances for years, he can’t quite nail the spontaneity the songs demand. In that same vein, throughout the record he tends to rely on big vocal runs as if he’s trying to make it to the next round of a reality singing competition as opposed to just letting the song flow naturally.

Fortunately, the missteps don’t detract too much from this ambitious, if slightly unfocused, debut. It’s clear that Styles is new to this approach, and some of the awkwardness that drips from lines about one-night stands and self-pleasure reveal an artist still trying a bit too hard to find his footing. Ultimately, Styles’ debut is a promising one where his charisma and adaptability pour through. His foray into rock is an admirable one that sets him apart from his peers. While he still has some work to do to find his voice, he’s certainly on the right track.

Essential Tracks: “Sign of the Times”, “Two Ghosts”, and “Ever Since New York”