Will Smith could be history -- no, mythology in Disney's next live-action remake 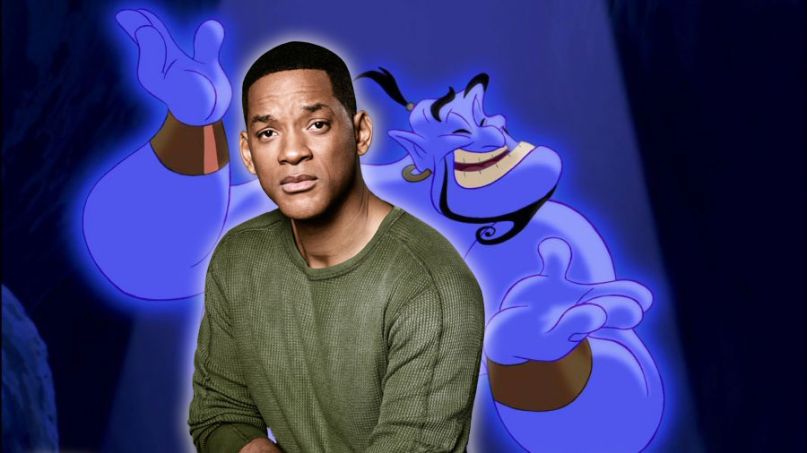 Will Smith might be in line to fill the shoes of the late, great Robin Williams. The Hollywood Reporter has it that Smith is currently in talks to star as the Genie in the live-action remake of the Disney classic Aladdin.

According to the report, Smith has entered early discussions regarding the role, emphasizing that no deal has yet been made. If he is indeed cast, it will be the first part locked for the movie set to be directed by Guy Ritchie. Ritchie is currently in the midst of a worldwide search to fill the roles of Aladdin and Jasmine.

(Read: From The Little Mermaid to Tarzan: Ranking the Disney Renaissance)

Smith was originally in negotiations to star in Tim Burton’s forthcoming Dumbo remake, but that fell through due to scheduling conflicts with Bad Boys 3. With Joe Carnahan recently dropping out of the action blockbuster sequel, that film has apparently been delayed, opening up Smith’s schedule.

Dan Lin, who worked with Ritchie on the Sherlock Holmes films, will produce the “ambitious and nontraditional take” on the beloved Arabian folk tale about a young man who’s granted three wishes by the magical genie of the lamp. There were murmurs back in 2015 that Disney was also developing a live-action prequel called Genies that would tell the story of how Aladdin’s genie got trapped in the lamp in the first place, but there hasn’t been much heard in that regard since the story broke.

Previous Story
Thanks to Rick and Morty, a packet of Szechuan sauce was just sold on eBay for $15,000
Next Story
Perfume Genius struts with confidence on new song “Go Ahead” — listen
Popular
More Stories
[fu-upload-form form_layout="media" title="Submit Your Photo"][input type="hidden" name="ugc" value="1"][/fu-upload-form]