We are Groot: James Gunn to return for Guardians of the Galaxy Vol. 3 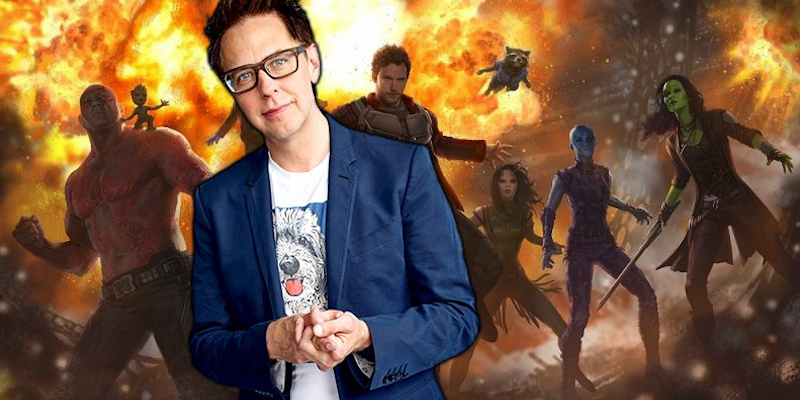 Guardians of the Galaxy Vol. 2 is one of the most anticipated films of the year, whether you’re a comic geek or not. Before Star-Lord and the gang blast their way back into theaters on May 5th, however, writer/director James Gunn already has us looking forward to Vol. 3, as he’s just announced he’ll officially be returning to helm the third entry of the franchise.

Gunn, who introduced the world to the GotG with the original film in 2014, made his announcement in a Facebook post addressed to fans. “There is a history in Hollywood of haphazard endings to trilogies, and I didn’t want to become a part of that dishonorable tradition of pretending the third one doesn’t exist,” the filmmaker wrote. “I couldn’t do it for the money, and I couldn’t do it because it was what other people wanted me to do. I needed to do it because it was what I needed to do.”

He went on to profess his love for the characters in GotG and the teams at Marvel and Disney who have worked with him on the films over the years. Though he kept things predictably vague, Gunn also gave some hints as to what Vol. 3 might look like: “Much of what’s happened in the MCU for the past ten or so years has been leading, in a big way, to the Avengers’ Infinity War. Guardians of the Galaxy Vol. 3 will happen after all that. It will conclude the story of this iteration of the Guardians of the Galaxy, and help catapult both old and new Marvel characters into the next ten years and beyond.” That gives us a timeline and a teasing look beyond Vol 3., as he refers to the characters as “this iteration” of the team, signaling big changes could be coming down the line.

“I will be working side-by-side with Kevin Feige and the gang to help design where these stories go, and make sure the future of the Marvel Cosmic Universe is as special and authentic and magical as what we have created so far,” he concluded, implying that even if he steps away from writing or directing films for Marvel after Vol. 3, his input will be felt well into the future of the MCU.

Read his complete statement below: