Plus, the Science Guy and the rapper talk about the theme song from Nye's original show 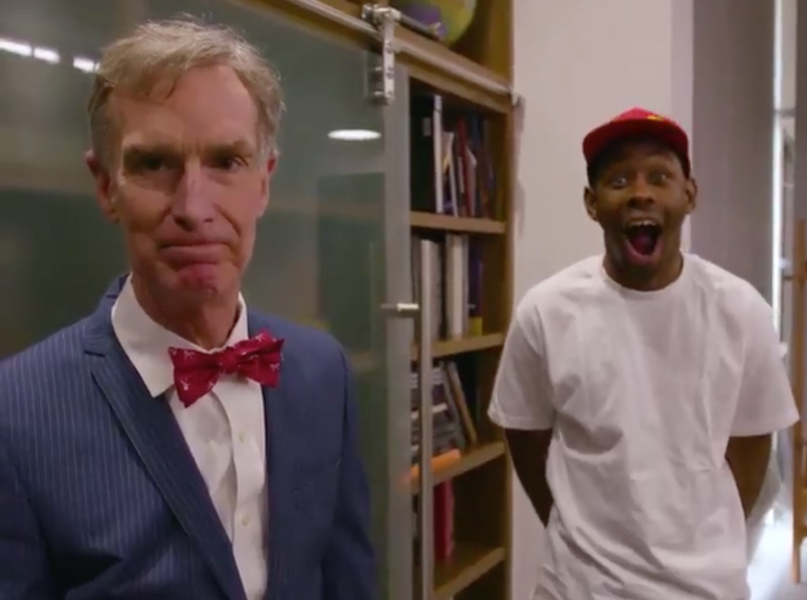 In his own goofy way, Bill Nye is all about making science seem cool for kids. It’s what made his original series, Bill Nye the Science Guy, so fondly remembered by an entire generation. His new series on Netflix, Bill Nye Saves the World, is hoping to connect with a whole new era of science-illiterate people, and it’s gunning for the cool factor right from its theme song by having none other than Tyler, the Creator write and perform it.

Asked in a promotional video why he went to Tyler for the song, Nye said, “He’s the man. He’s got the beat. He understood the beat. Which goes back to the original song from twenty-five years ago.”

Tyler’s version pays homage to the original by pretty much just chanting “Bill! Bill! Bill!” and the show’s title over and over again. “Yeah the first one is really sick,” Tyler said. “I love the fast pacedness of it. You take out that snare, it could be a house song.”

Check out the theme via the opening credits below, followed by the interview clip with Nye and Tyler.