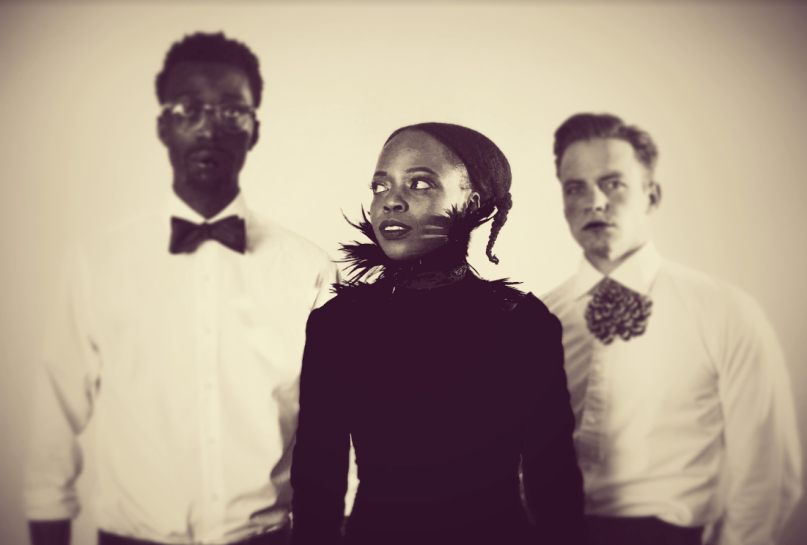 Hailing from a farm in South Africa, Tuelo Minah has become quite a recognizable voice since moving to New York. She’s sung on Angelique Kidjo’s two most recent albums, Djin Djin and OYO, and has backed up the likes of Paul Simon and Lion King composer Lebo M. Her talent has taken her to venerable stages like Carnegie Hall, the Brooklyn Academy of Music, and Central Park Summer Stage; she even appeared on Late Night when David Letterman was still the host. Yet for all that success, her mother has never heard her sing.

It’s not because the two are estranged or anything, either. On the contrary, fans of Minah’s recent work under the mononym Tuelo know how much her mother means to her. She’s constantly discussing her from the stage, proudly exalting the woman who made her the person she is today. Now, she’s professing her adoration for her life-giver in a new song, “Saint Margaret”.

Described as an “homage” to Tuelo’s mother, whose real name is Seabi, the track is a warm and simple bit of revival folk. Tuelo sings her mother’s praises over slow guitars and a gentle synth, calling out “Saint Margaret lately/ I’ve been thinking crazy/ How I stood on your shoulders/ And you lifted me higher.” It’s clear that, as Tuelo herself puts it to Consequence of Sound, her “love for people, environment, tradition, culture, words and learning, spirituality, and her non-conformist and awkward nature” is due to her mother’s care. In fact, “Tuelo often remarks that if somebody had told her when she was a child that her mother was God, she would have been a believer a long time ago.” No doubt if this is the first thing Seabi hears from her daughter’s work, she too will become a believer.