Weaver also praised the scripts, says she's "not worried about [disappointing fans] at all" 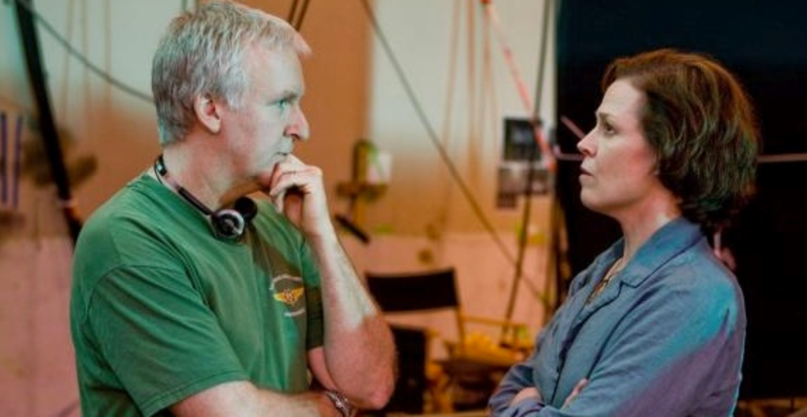 In 2013, James Cameron announced that he was prepping three sequels to 2009’s Avatar. In 2015, he said that first sequel was getting pushed back to 2017. A year later, it was delayed again. Then Cameron added a fourth sequel to the docket, and said he would be releasing a new Avatar movie every year starting in late 2018. A few weeks ago, Cameron confirmed yet another delay. Frankly, it’s all felt like one cloud of smoke after another, especially as the original film fades further and further into the rearview. If Sigourney Weaver is to be believed, however, it seems production will soon be underway.

“We’re starting!” Weaver told The Hollywood Reporter at a screening of Walter Hill’s The Assignment on Monday night. “We’re starting training, and we’re starting — hmm, I probably can’t say anything. We will be actually shooting it by the fall.”

According to Cameron, he plans to shoot the sequels simultaneously, like a miniseries. “It’s a saga,” he said back in 2016. “It’s like doing all three Godfather films at the same time.”

Cameron hasn’t been shy about how much he loves the sequels’ scripts, and Weaver is equally enthusiastic. “I’m telling you, these scripts are so amazing, I’m not worried about [disappointing fans] at all,” she said. “Am I worried about how we’re going to bring them to life? Yes, because they’re so ambitious. They’re so worth it. They’re well worth waiting for. I’m not worried about that at all. We’re trying to get it done as quickly as possible.”

Frankly, we wish he’d just focus on that “reboot and conclusion” of the Terminator franchise.

Previous Story
The Strokes played the biggest show of their career to 90,000 fans at Lollapalooza Argentina
Next Story
When Homer Defended Strippers: On The Simpsons’ Surprising and Progressive Feminism
Popular
More Stories
[fu-upload-form form_layout="media" title="Submit Your Photo"][input type="hidden" name="ugc" value="1"][/fu-upload-form]