by Sarah Ravits and Ben Kaye 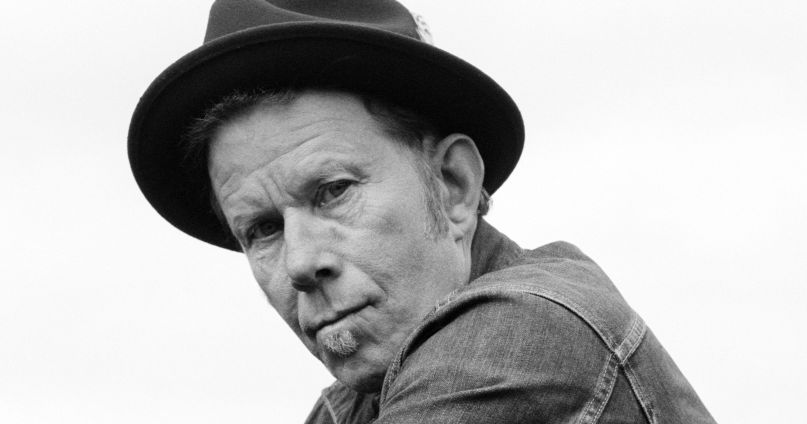 This year marks the 25th anniversary of Quentin Tarantino’s classic debut full-length feature, Reservoir Dogs. Over the weekend, the legendary director appeared at TriBeCa Film Festival for a screening of the influential movie and hosted a panel discussion with original cast members Harvey Keitel, Michael Madsen, Tim Roth and Steve Buscemi. The group shared several interesting andecdotes about creating the neo-noir thriller. Chief among them: Tom Waits auditioned for a role.

According to The Playlist, Tarantino told the audience, “We met a lot of different, a lot of really wild people. Tom Waits came in and read. I had Tom Waits read the Madonna speech just so I could hear Tom Waits say it.”

Tarantino said Waits gave him one of the first profound compliments he had ever heard up until then. Mimicking Waits’ gravelly voice, the director recounted, “’The script is great, it’s like poetry.’ And no one had ever called my work poetic before, by a poet no less.”

Elsewhere in the discussion, Tarantino recalled how everyone who ended up in the film initially wanted a different role, except for Roth. Madsen in particular was so set on playing Mr. Pink that he convinced Tarantino to let him read for the part. “Quentin actually let me do it even though I was already Mr. Blonde,” Madsen said. “I went through the whole thing: I did all of Mr. Pink’s scenes, and Quentin just stood there watching me, and at the end, I was done and I thought I had done a really great job and I was like, ‘OK, now I get a lot of scenes with Harvey now, this is gonna be good.’ And Quentin looks at me and goes, ‘Mmm, you’re not Mr. Pink. You’re Mr. Blonde or you’re not in the movie.'” We know how that turned out.

No doubt the director was happy with his hardline decision, as Madsen’s turn as Mr. Blonde led to what ended up being one of the most iconic scenes in the film, and Tarantino’s favorite: the torture scene. After the movie’s tumultuous world premiere screening at the Sundance Film Festival, Buscemi apparently came up to Tarantino worried that people were saying “the torture ruins the movie!” Tarantino’s response was classic Tarantino: “What are you talking about? It’s the best thing in the fucking movie! You see how many people walked out? That’s the shit!”

Tarantino ended up counting how many people walked out of each screening as he toured the film around the festival circuit. The record was 33 audience members leaving at one time, but the director’s biggest point of pride was watching Wes Craven stand up and leave the movie — at a splatter film festival, no less. Tarantino thought the venue would be perfect, recalling ““Well, finally I have an audience that won’t walk out.’ Five people walk out of that audience, including Wes Craven! The fucking guy who did Last House on the Left left and walked out??! My movie was apparently too tough for him.”

Watch some of the footage from the panel discussion below.

Below, watch the Madonna speech Tarantino referred to, and imagine this guy saying it.