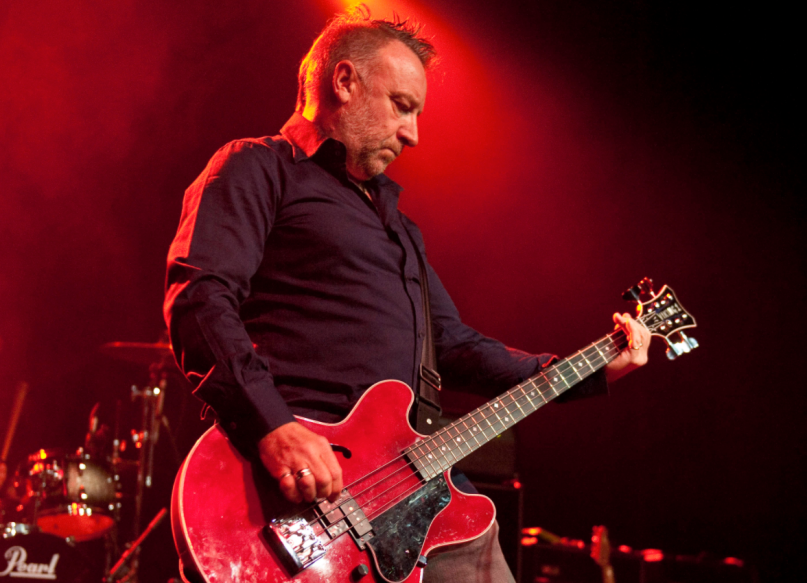 Since forming in 2010, Peter Hook & The Light have brought fans of Hook’s former outfits, Joy Division and New Order, utter delight by delivering full-album performance after full-album performance. He’s fine tuned the presentation so much that some say he’s arguably putting on better concerts than the current incarnation of New Order themselves. This Record Store Day, you’ll be able to bring Hook’s epic live shows home with the release of four stunning live albums via Let Them Eat Vinyl.

Each of the four titles features Hook and his band ripping through an entire Joy Division or New Order album — in sequence — enhanced with additional singles, demos, and rarities not on the studio releases. First up is a November 29th, 2012 performance of Joy Division’s debut, Unknown Pleasure. Captured at Leeds’ Cockpit, the concert featured renditions of “Transmission” and “Love Will Tear Us Apart” as well as the never-recorded “Ceremony” in addition to the complete 10-song tracklist.

The second two-disc collection features Hook & The Light delivering Closer sandwiched between a number of one-off singles, EP or compilation entries like “Dead Souls”, “Warsaw”, “Novelty”, and more. The recording comes from a May 18th, 2011 concert in Joy Division’s hometown of Manchester, UK.

Kicking off the New Order recordings is a performance of Movement at The Academy in Dublin back on November 22nd, 2013. Fan favorites like “Cries and Whispers” and “Procession” were also played during the set. Finally, the live recording of Power, Corruption & Lies comes from the very same Dublin concert, and the album is padded with versions of “Blue Monday”, “Temptation”, and more.

In addition to the limited edition deluxe colored vinyl versions being released for RSD (April 22nd), Westworld Recordings will be putting out each collection on CD and digitally come May 5th. (Pre-orders for the non-RSD releases are going on here.) Before any of that, however, Consequence of Sound is proud to present early streams of all four live albums. Take a listen to all the post-punk glory below.