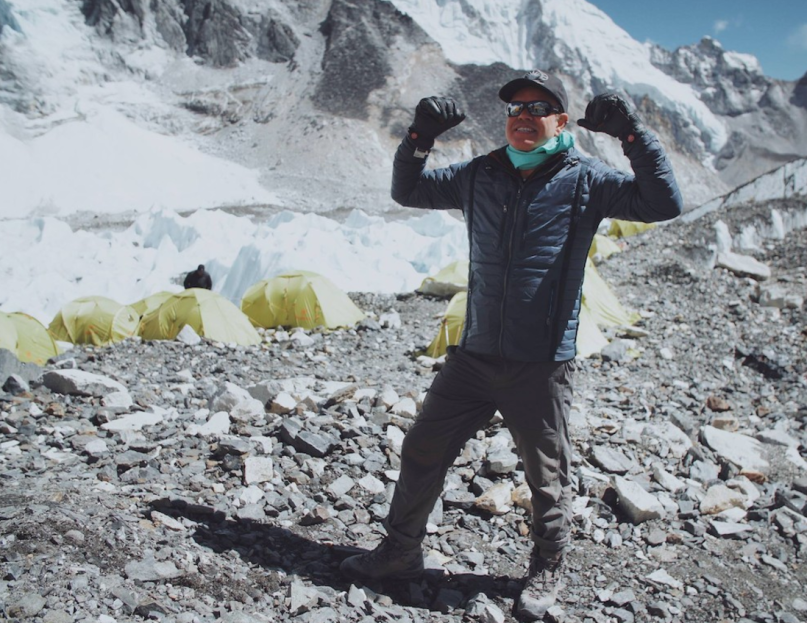 Getting to play the main stages at festivals like Coachella or Glastonbury is seen by many DJs as the height of a career. Leave it to the iconic Paul Oakenfold to set that high-water mark even higher — 17,600 feet higher, to be precise. Oakenfold recently became the first DJ to complete a performance at Mount Everest’s Base Camp, an event he’s classified as The Highest Party on Earth.

The party went down earlier today — Tuesday, April 11th — after Oakenfold trekked for 10 days to reach the location. He was joined by 100 climbers/partiers from around the world as he mixed beats from a makeshift stone stage. The whole thing was recorded for a live album and filmed for a documentary, details of which will be coming at a later date.

“After two years in the planning, we have just completed SoundTrek, the party at the top of the World on Mount Everest’s Base Camp,” the producer said in a statement. “Raising money for four charities in the process we have also supported the local talent and given the local community the DJ equipment supplied by Denon for the event.”

The gig marked the first of a planned series of SoundTrek shows, each drawing attention to the effects of global warming as they raise money for charities. Some of the money from the Everest event will go to help survivors of the 2015 earthquake in Nepal.