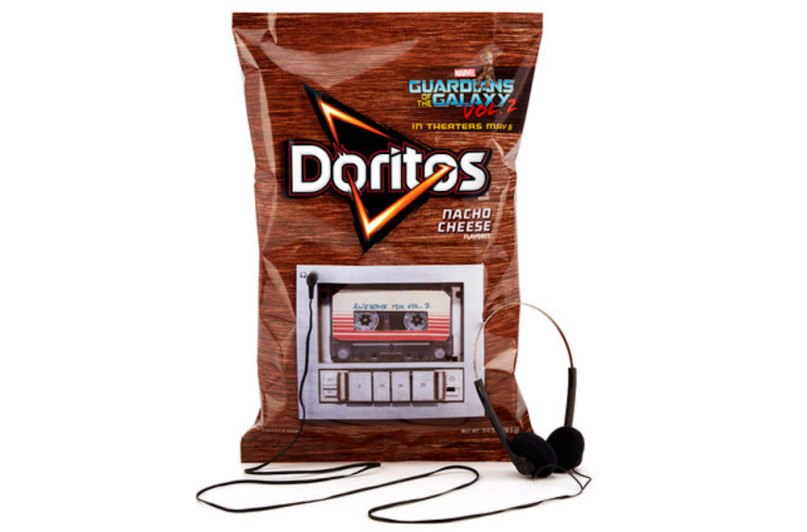 Fans of Guardians of the Galaxy Vol. 2, deliciously cheesy junk food, and nostalgia should be pleased by Marvel’s latest promotional campaign. The company has partnered up with Frito-Lay to create a Doritos bag that can play the film’s new soundtrack in its entirety. Snack on that savvy piece of technology.

According to Billboard, the Doritos bag boasts controls designed to look like a retro cassette tape deck, complete with a jack to plug in your headphones. Even well after inhaling the chips, the bags can still be reused for multiple listening sessions thanks to a neat rechargeable feature.

The first soundtrack, which was issued on CD, digital, vinyl, and cassette formats, was a massive success upon its release in 2014 and became one of the year’s top-selling albums.

The Guardians-themed Doritos bags will be available for purchase on Amazon beginning April 28th. The film opens in theaters on May 5th.