According to Moz, he "left part of my mouth in Guadalajara" after playing a show there 10 days ago 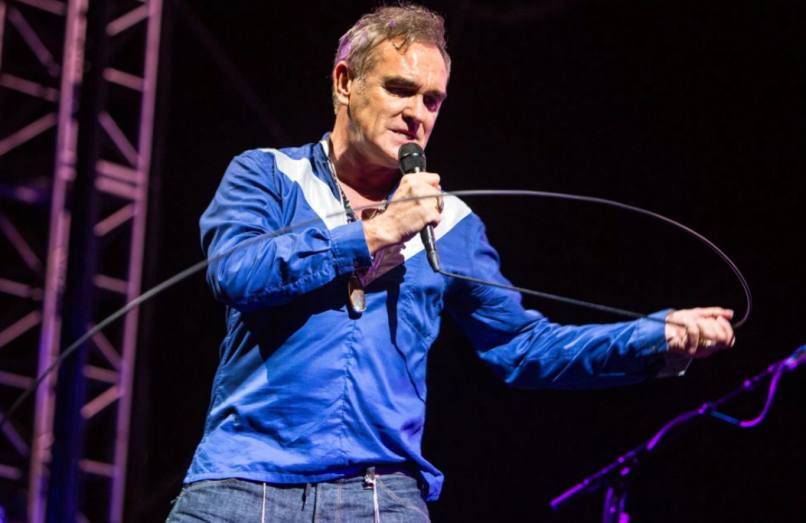 Buying a ticket to a Morrissey show is always a bit of a dice roll. At any moment, you have to be aware that the concert could be canceled for anything from bad penne and tomato sauce to a sudden loss of funding. Even if the lights do come up and Moz is standing on stage, there’s still no guarantee he’ll actually finish a set. A nasty word from an audience member can force him off stage, or, as happened Monday night, too much damn singing.

Morrissey started his gig at Tucson, Arizona’s Fox Tucson Theatre on Monday evening by warning the crowd that he’d “left part of my mouth in Guadalajara,” implying he’d partially lost his voice while performing at Mexico’s Roxy Festival 10 days prior. “But I will stand here, and I will sing,” he continued. “And if necessary, I will drop dead.” He did stand there and sing for a bit, but he didn’t drop dead; instead, he abruptly left the stage after just six songs.

As “Everyday is Like Sunday” was wrapping up, Morrissey simply turned and moseyed off stage, leaving his befuddled band to find their way to the song’s finish. The band members then followed him backstage until one of them returned to tell the crowd despondently, “His voice is shot. You heard it, you heard it. He’s been trying, he’s trying really hard. He came out, he tried. His voice is shot. We’re sorry. He’s sorry. You know he tried. Ladies and gentlemen, and he would’ve never come out if he didn’t [think he could do it.]”

A spokesperson later commented, “He sends his love and apologies. He is SO embarrassed. He has expressed this since we stepped off stage. I’ve hugged him and his voice has been reduced to a whisper. My heart is broken but if this is the worst, thank the Lord. We’ll take care of him. He tried … he would have NEVER come out if didn’t think he could have. He tried. His voice is gone. But he’s not. Just a bit of rest for his voice. Please understand. He is human.”

No faulting a man for being human, of course. Suppose the two shows and 10 days between the Roxy Fest performance and the Tucson one were just too much of a strain. According to a spokesperson for San Antonio, Texas’ Tobin Center, Moz’s show scheduled there for tonight .

Update: Tonight’s show in San Antonio has been canceled.

Watch footage of the end of the Tucson show below.