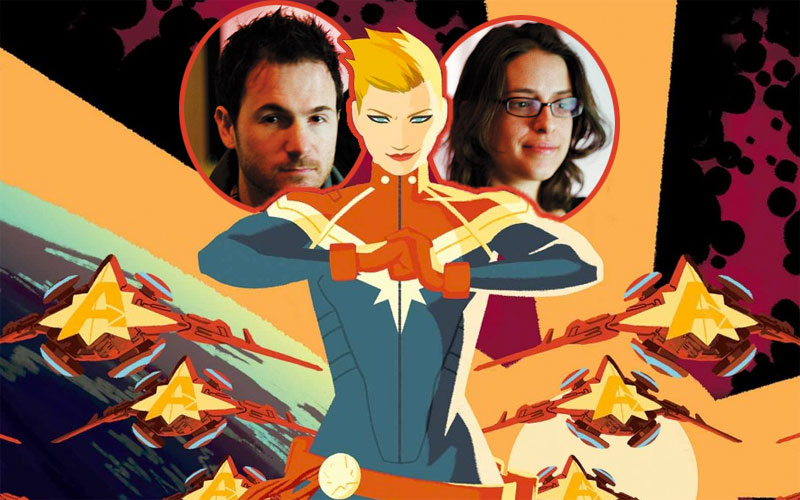 It’s been it’s been almost eight months since Marvel Studios announced they’d signed Brie Larson to take the lead in their first female-centric superhero blockbuster, Captain Marvel. Today, they’ve finally decided who will be directing the Oscar-winning actress in the movie: the duo of Anna Boden and Ryan Fleck.

After an extensive search that put a focus on finding female talent, Boden and Fleck beat out the likes of Niki Caro (McFarland, USA), Lesli Linka Flatter (Now and Then, Homeland), and Lorene Scafaria (Seeking a Friend for the End of the World), according to The Hollywood Reporter.

Boden and Fleck first made their mark with 2006’s Half Nelson, which they co-wrote and Fleck directed. (The film gave Ryan Gosling his first Oscar nomination.) Most recently, they co-wrote and helmed 2015’s Mississippi Grind starring Ryan Reynolds and Ben Mendelsohn, and have worked on episodes of TV’s The Affair and Billions.

Captain Marvel is being written by Nicole Perlman (Guardians of the Galaxy) and Meg LeFauve (Inside Out). The film is currently set for a March 8th, 2019 release, though it’s always possible Larson could make her first appearance as the character in another Marvel Cinematic Universe film before her solo adventure. Given the character’s cosmic origins (her genetics get intertwined with an alien Kree hero during an explosion), the best bet might be Avengers: Infinity War or even a sneaky cameo in Guardians of the Galaxy Vol. 2. Or perhaps we really will have to wait two years before Carol Danvers appears on the big screen.