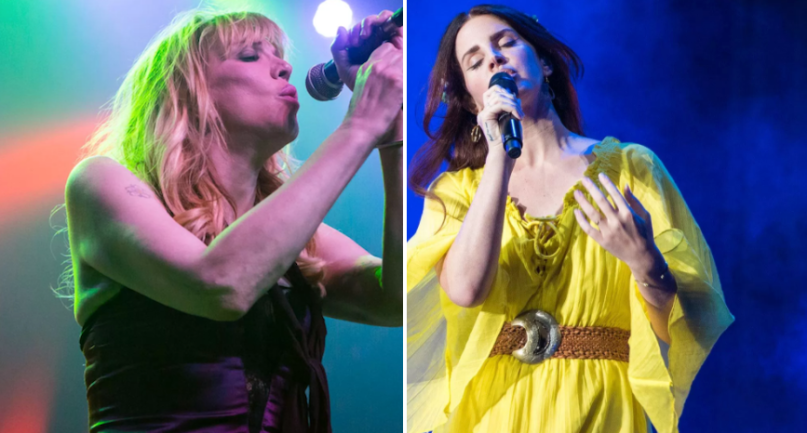 Lana Del Rey and Courtney Love together might seem like a strange pairing, but the two were actually tour-mates just two summers ago. Reading the two talk about each other to each other — as they do in a new interview for Dazed — you start to realize that even though they seem to come from different worlds, they’re actually the perfect odd couple.

However, between gushing over each other’s legacy and lifestyle and swapping celebrity stories, Del Rey also revealed some interesting details about her forthcoming album, Lust for Life. She said that she’s still mixing the record (which explains why it still doesn’t have a release date), but added that the last thing she recorded for it was a collaboration with Sean Lennon. The track is called “Tomorrow Never Came”, and it actually references Lennon’s parents in the line, “I wish we could go back to your country house and put on the radio and listen to our favorite song by Lennon and Yoko.”

“I didn’t want him to think I was asking him because I was namechecking them,” Del Rey told Love. “Actually, I had listened to his records over the years and I did think it was his vibe, so I played it for him and he liked it. He rewrote his verse and had extensive notes, down to the mix.”

She also touched on The Weeknd’s guest appearance on the album. “He is actually on the title track of the record, ‘Lust for Life’,” she explained. “Maybe that’s kind of weird to have a feature on the title track, but I really love that song and we had said for a while that we were gonna do something; I did stuff on his last two records.” What’s more, she revealed that producer/songwriter Max Martin was responsible for taking one of the song’s original verses and turning it into the chorus.

You can read the entire discussion — in which Love reveals her favorite Del Rey song (“Blue Jeans”), talks about meeting Elizabeth Taylor with Carrie Fisher, and explains why she could never write a New York song like Del Rey could — here.