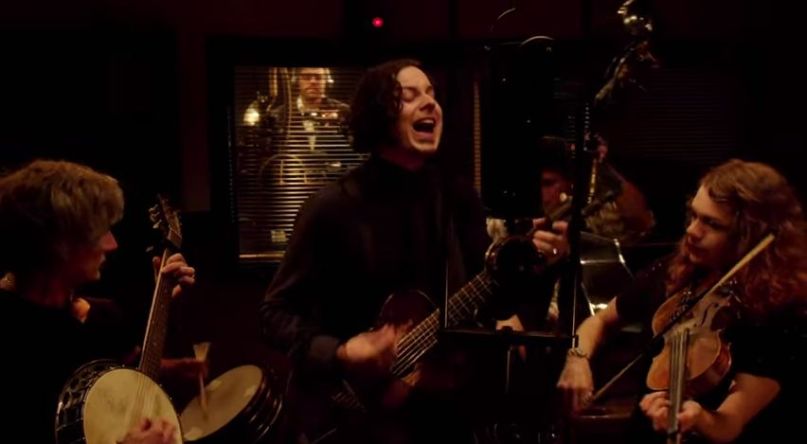 Here’s an ambitious project: Tell the story of music. Furthermore, split it all up into a three-part documentary, a feature-length film, and a collection of recordings. Well, it took three living legends to bring it to life but that’s exactly what Jack White, producer T Bone Burnett, and director-actor Robert Redford are doing with American Epic, the multi-faceted series on which they all serve as executive producers. A press release previously described the series as taking us on “a journey across time to the birth of modern music, when the musical strands of a diverse nation first combined, sparking a cultural renaissance that forever transformed the future of music and the world.” The project was announced back in 2015 and now we have more information on when it’ll all come to light.

The three-part documentary will air every Tuesday beginning on May 16th on PBS (in the U.S.) and BBC (in the UK). As we previously reported, it’s “set in the late 1920s when record company talent scouts toured America with a recording machine and for the first time captured the raw expression of an emerging culture.”

The film, titled The American Epic Sessions, follows on Tuesday, June 6th. It chronicles the reconstruction of the first electrical recording rig, none of which had initially survived into the modern era, and features a number of musicians utilizing the equipment in tribute to musicians of that era, including the Carter Family and Mississippi John Hurt. Artists featured include White, Elton John, Willie Nelson, Beck, Nas, Alabama Shakes, Merle Haggard, Taj Mahal, Raphael Saadiq, The Avett Brothers, Los Lobos, Bettye LaVette, Steve Martin & Edie Brickell, and many, many more. Watch a trailer for the film below.

Fortifying all of this is a series of soundtracks, which features several of the above recordings in addition to some archival music featured in the documentaries. Legacy Recordings is releasing the companion soundtrack, as well as a 100-song box set. Columbia Records will release the American Epic Sessions studio performances, while White’s own Third Man Records plans to release the Sessions soundtrack and selections of the archival recordings on vinyl. All of it arrives on May 12th.

One selection from the soundtracks is Nas’ recording of the 1928 song “On the Road Again” by the Memphis Jug Band. In a press release, he says, “When you hear me saying it, you might think I wrote it, because it sounds like something today. These guys are talking about carrying guns, shooting something, protecting their honor, chasing after some woman who’s done them dirty…it’s the same as rap music today, so it just tells you something about American culture, American music.”

If all of that weren’t enough, Touchstone Books, an imprint of Simon and Schuster, will release an American Epic companion book on May 2nd.