The comedian jokes around with Phantogram, D.R.A.M, and more. 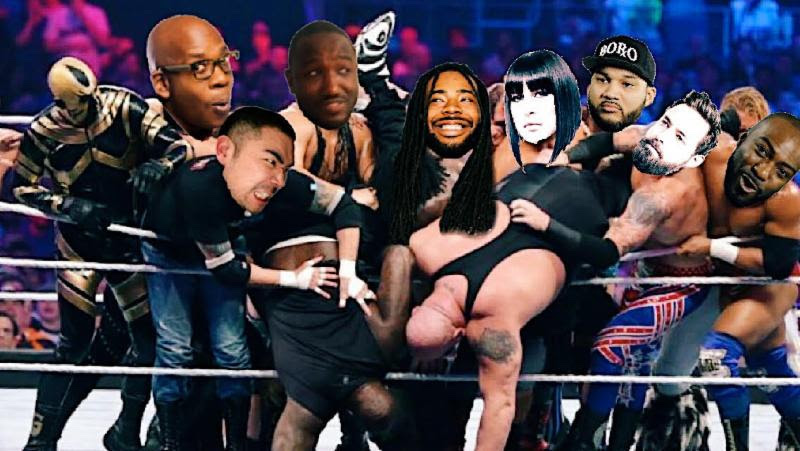 While busy traveling around the country for a series of stand-up comedy gigs, Hannibal Buress has been recording a weekly podcast called Handsome Rambler with his sidekick, DJ Tony Trimm. The duo hosts humorous celebrity interviews and present unfiltered opinions about eclectic topics. In the latest episode, Buress takes us behind the scenes at Coachella, where he hung out with a number of acts who played the festival in addition to some fellow comedians.

The episode finds Buress chatting with the members of Phantogram and rapper D.R.A.M., as well as comedian Brian Babylon and comic duo Desus and Kid Mero. As usual, Buress covers a range of subjects, including psychedelic drugs (a topic that is revisited several times — it is Coachella, after all) and songwriting inspiration (he encourages Phantogram’s Sarah Barthel to record a track about her dog). Plenty of bathroom humor abounds, and another highlight is some speculation over which trending artists “seem like they would have sex to their own music” (Miguel’s name comes up, natch).

Stream the newest installment of the podcast below, and look for Buress’ stand-up acts at upcoming festivals including Bonnaroo, Boston Calling and FYF, as well as Comedy Central’s inaugural Colossal Clusterfest.