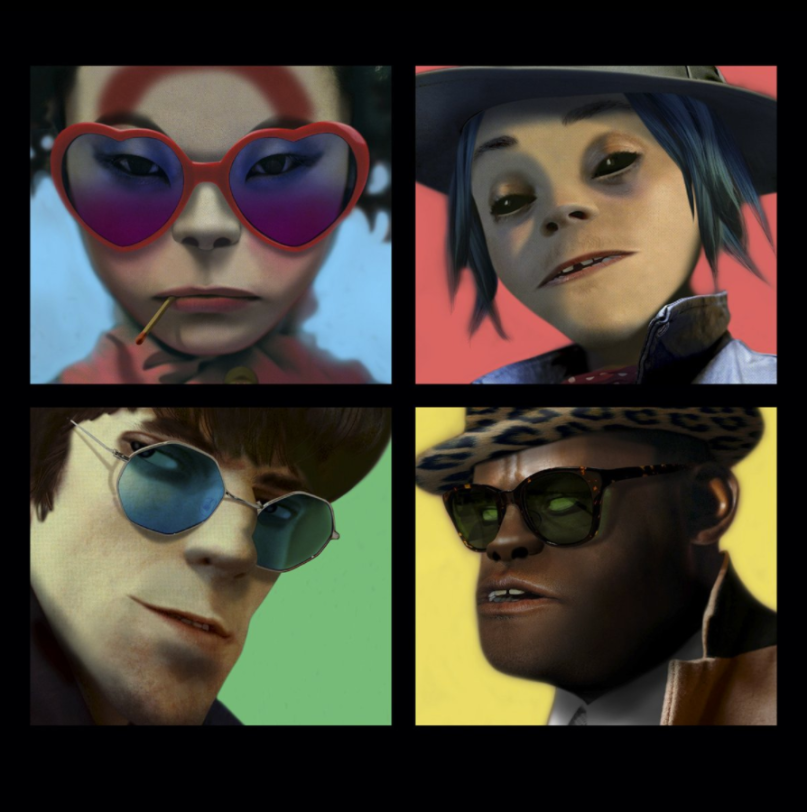 Streaming now via Apple Music and Spotify, the album comes seven years after the animated band’s last album, Plastic Beach. The story of what the band members were up to between the two records was revealed in a series of books for each character: Noodle, Russel, Murdoc, and 2D.

In her review of the album, which you can read here, Nina Corcoran says that “by creating an album that rapidly shifts between genre, tempo, and vocalists, Gorillaz push their digital pop act forward without leaning too heavily on their respective disguises.”

Following a secret show in London during which they debuted much of Humanz and an incredibly intimate performance at New York’s Rough Trade earlier this week, Gorillaz will head out on tour this summer. Their entire itinerary can be found here; it includes headlining spots at a number of festivals such as New York’s The Meadows, San Francisco’s Outside Lands, and Las Vegas’ Life is Beautiful. The band will also hold their inaugural Demon Dayz festival on June 10th in Margate, UK, with rumors of a US version taking place in Chicago.