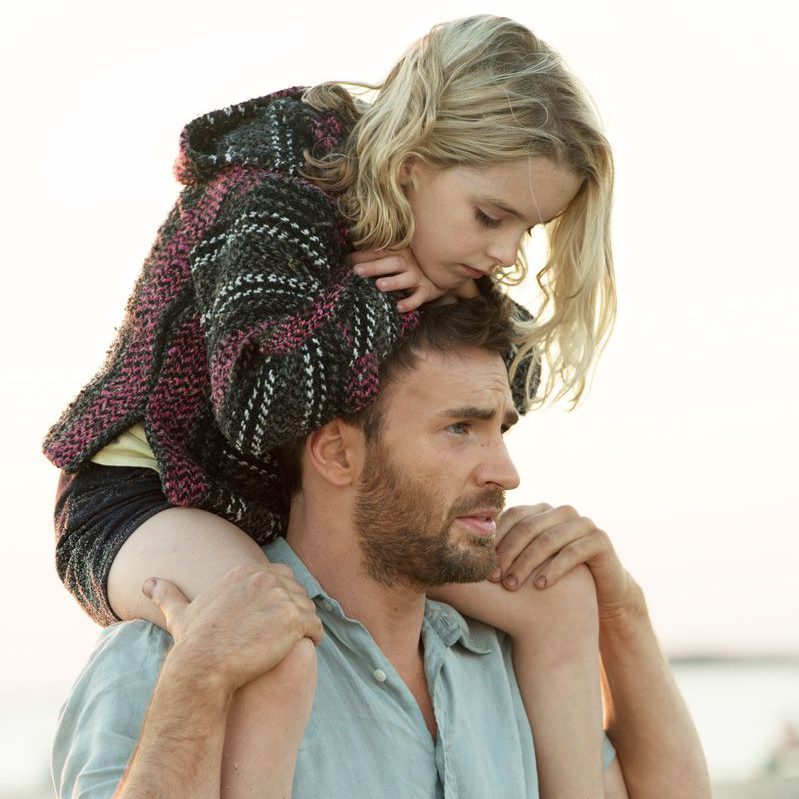 A child is handed a piece of chalk, and that piece of chalk is an opportunity. She steps to the blackboard, utterly calm, mind whirring. As onlookers stare in wonder, she solves a problem, then turns around and regards them all. Her face does not register surprise, pride, or embarrassment. She’s simply answered a question, and the numbers speak for themselves.

It’s difficult to watch Gifted, Marc Webb and Tom Flynn’s winning (if formulaic) tearjerker, without thinking of Hidden Figures, and not just because both movies feature an Octavia Spencer who suffers no fools. However, these are very different films. One’s based on actual events, the other is not. The Gifted debate about exactly how fancy a child’s life should be is a pretty clear example of privilege; Hidden Figures leaps forward to the adulthood of its geniuses, while Gifted is concerned only with childhood (and its importance). Still, the most important difference between the two films is ambiguity: in Hidden Figures, the right thing to do is as clear as a pristine calculation, but for Frank Adler, the answers aren’t so clear.

Gifted opens on a somewhat contentious conversation between Frank (Chris Evans) and the one with the gifts, Mary Adler (an out-of-this-world McKenna Grace). She’s starting school, doesn’t want to go, he says she must, you know the drill. What makes this conversation unusual is the obvious intelligence of both, and of Mary in particular — a level of intelligence that becomes more obvious when it’s math time at school. As Mary’s teacher (Jenny Slate) discovers, Mary’s abilities are extraordinary, and for the first part of the film, the big mystery is why Frank wants to keep those gifts under wraps.

The reason becomes clear as the plot gets cooking, particularly with the entrance of grandmother Evelyn (Lindsay Duncan), an elegant, brilliant, and filthy rich woman who’s been absent for all of Mary’s life. In a less thoughtful film, she’d be the clear-cut villain. It’s to Gifted’s credit that, while you never stop rooting for Captain America, it takes the arguments of each party very seriously. Brilliant minds can change the world, and not helping the great become greater is to risk depriving the world of all the discoveries that mind could make. On the one hand, there’s the future of humanity. On the other, as Frank puts it, “If Einstein can ride a bike, so can she.”

That willingness to consider both, if not many, sides is directly at odds with the nature of Gifted’s particular subgenre. It’s hard to shake the feeling that Tom Flynn’s screenplay is actually a lot smarter than the feel-goodery to which it has pinned itself. There’s never any doubt about where this film is headed and where it’ll end — based on the premise alone, you can probably guess how the last act goes — but along the way, Flynn peppers the story with some truly beautiful pieces of writing, some facts withheld that hit hard when revealed, and a complexity of both characters and ideas that far outpace the familiar beats in which that complexity resides. Yes, there’s chemistry between the quiet, brooding Frank and Mary’s energetic and compassionate teacher, but there’s also an extended conversation between the two about whether or not God exists and the difference between knowledge and faith.

That particular scene also serves as an illustration of Gifted’s other big strength: Mary Adler is a kid. Grace is, to use an over-used but utterly accurate word, a revelation. Her performance is so natural, so unstudied and odd and honest that it’s enough to make you question the wisdom of all actor training programs. In the aforementioned philosophical chit-chat, she climbs all over Evans like he’s a jungle gym (Webb captures this entirely in silhouette as the sun sets behind them — it really couldn’t be lovelier, smarter, or more wrenching), and in sobs and in silliness, her performance never feels anything but authentic. She’s joined in this by the rest of the cast, who all do great, thoughtful, and subdued work. If they were all also 10 years old, the film’s MVP race would be a dead heat (though Fred the one-eyed cat would give the entire ensemble a run for its money).

Still, while she may give the film’s most arresting performance, she’s not really the lead. That honor goes to Evans, and while his biggest contribution may be his willingness to let a little girl beat the crap out of him from time to time, it’s still a simple but moving performance. Our Avengers-free outings with Evans may be few and far between, but they’re nearly always interesting, and Gifted is no exception. That he’s charming is no surprise, but that he’s also a giving, committed performer is no less essential to his, and the film’s, success.

If so much works about Gifted, then why isn’t it a home run? Well, despite the thoughtful performances, script, and direction, this is a film that sometimes seems committed to being just a little dumber than it actually is. Every underscoring pop song, every atmospheric swell, every plot development that can be telegraphed from an hour or a mile away reduces a film that could have otherwise hit a lot harder. It still hits hard, make no mistake — the emotional manipulation is both well-executed and well-earned, making any tears feel somewhat less tawdry than they would in a lesser film — but it’s difficult to deny that Gifted would be a greater gift had it opted to shirk some of the trappings of its genre.

Even when it veers into predictable territory, however, the film works. It’s a feel-good film that honestly feels good, and even when it rings a bit hollow, it doesn’t stay that way for long. That shouldn’t be a total surprise; a cast and crew this talented came together to make something unlikely to shatter records, turn into a franchise, or win a slew of awards. If they’re not here for glory or fat stacks of cash, it’s probably a project in which they believe. Even if that’s not true, it sure feels that way, and along with Grace and Evans’ rapport, that makes Gifted a piece of emotional claptrap that’s entirely worth seeing.