Plus, the Chicago pop punk vets map out a North American tour 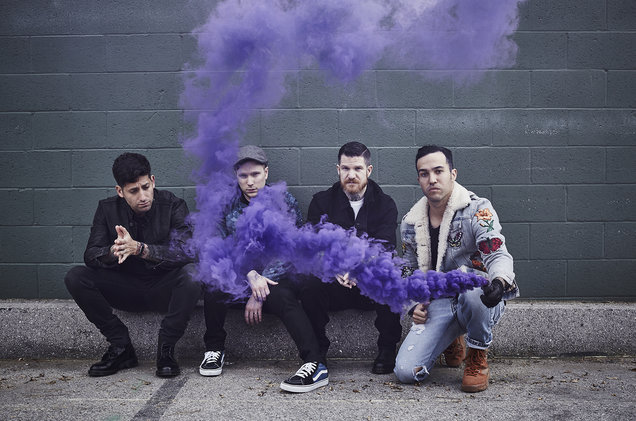 Fall Out Boy will return with a new album called M A N I A on September 15th. Due out through Island/DCD2, it serves as their seventh overall following 2015’s lukewarm American Beauty/American Psycho.

“The gentle pull of a tide that rolls over and over again and by the sheer nature of its essence it becomes an indestructible will — ripping out sand — eroding what was before it — without a care… a transformational monster-becoming the madness and frenzy of a truly bulletproof wave. I’m not just here for your love, I’m here for all of the love. An overdose of dopamine- we are living inside of M A N I A right now. the never sleeping, never blinking- caught forever in the sunshine riptide.”

As a preview, the Chicago outfit has let loose lead single “Young and Menace”, which sounds like pop punk as reimagined by Skrillex (take that for what it is). Fall Out Boy have also revealed its fantastical music video, which was directed by SCANTRON and Mel Soria. “The concept is the idea of a movie like Elf, where he realizes maybe he isn’t an elf after all, but ours has less comedic elements and more real world implication,” explained Wentz.

See it for yourself down below.

Welcome to M A N I A – a Fall Out Boy LP pic.twitter.com/IGrNESldQv

In support of the new record, Wentz & co. will head out on a North American tour this fall.