The Cranberries – Something Else

Strings and acoustic guitars give the band's greatest hits a second lease on life. 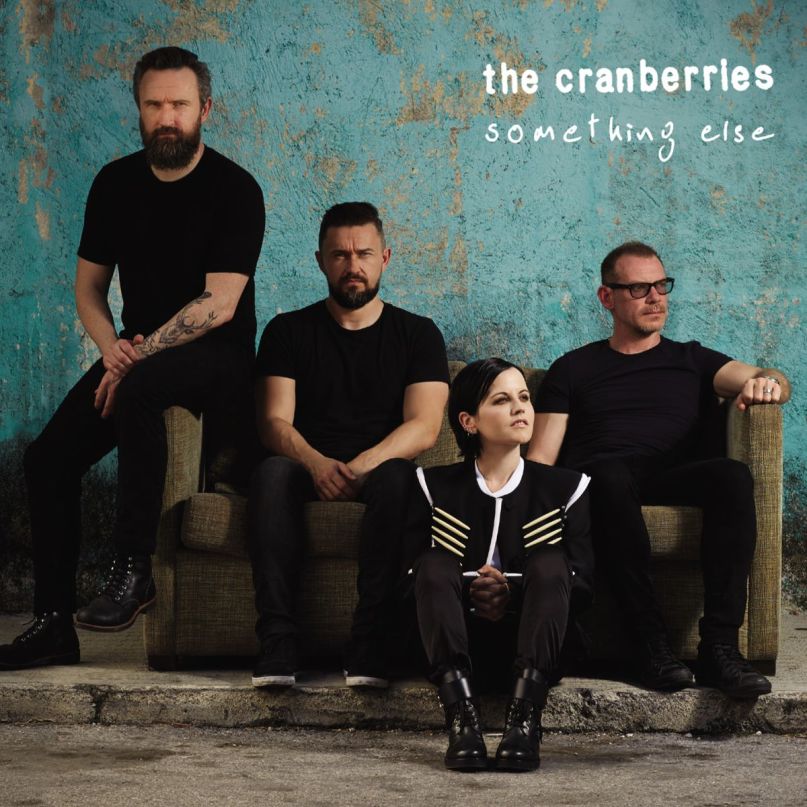 Something Else by The Cranberries is a strange sort of greatest hits compilation. On one hand, it does collect the Irish band’s most popular songs, dutifully released to mark the 25 years since their first formal musical release: the ethereal, fresh-faced 1992 single “Dreams”. But Something Else isn’t a mercenary cash grab, bloodlessly assembled to fulfill a contractual obligation. For one, it features three brand-new songs. Every old song on it was also re-recorded in 2016 acoustically and with string accompaniment (provided by the Irish Chamber Orchestra). Rather, Something Else is a veteran band’s attempt to celebrate their own canon by reimagining and extending it.

The Cranberries’ awareness of their history is evident from the project’s very packaging. The title Something Else calls indistinctly back to the quietly assured question posed by their debut, Everybody Else Is Doing It, So Why Can’t We?, while its cover features the band in a familiar pose. These gesture at a back-to-basics approach, but they are also light-touch engagements with The Cranberries’ storied legacy. The same can be said of the band’s approach to the actual music on Something Else: None of the hits have been significantly re-arranged or remixed, which will be a relief to Cranberries purists. It’s undeniable that strings and the lack of electric guitar make the songs sound different, but not as much as you might think. Although an orchestra presents opportunities for grand flourishes and acoustic guitar often pares a song down to its barest essentials, when employed together, they largely cancel out each other’s revisionist potential.

This is also because the songs chosen for Something Else lend themselves to orchestral and/or acoustic reimagining. While The Cranberries’ previous and only conventional greatest hits album, Stars: The Best of 1992-2002, showcased the band’s rockier side with tracks like “Salvation” and “Promises”, the only heavy song on this project is (obviously) “Zombie”. On Something Else, the swooping strings and finger-plucked guitars supply “Zombie” a somber gravitas that the grungy, stricken, and occasionally grating original never offered. It’s a mood that feels apt for reflection on the Troubles in Ireland, two decades on.

The clarity created by strings and acoustic guitar, however, sometimes makes the music come off more mannered than is typical for The Cranberries, wiping away the dreamy haze that so often permeated their earlier work. The songs with perkier melodies, such as “Just My Imagination” and “Dreams”, escape this effect. Some of that brittleness also stems from Dolores O’Riordan’s voice, which is certainly less elastic than when she was younger. Her yodeling on “Dreams” is more measured and more liable to give way to gasping, and the thinness of her voice dilutes the anxious energy of “Animal Instinct”.

But O’Riordan has lost neither her Irish lilt, nor the articulated curlicues in her voice that will be warmly recognizable to any longtime Cranberries listener. She sounds invigorated on “Just My Imagination”, and on “Free To Decide”, she doubles down on her old indictment of the paparazzi with the wryly altered line “Harassment’s not my forte/ But you do it bloody well.” In the press release accompanying Something Else, O’Riordan commented that she likes these new, re-recorded versions of The Cranberries’ oeuvre better: “I prefer them like this, with a little bit more experience behind them, with a new lease of life.” And the songs do hold up, showing their age only when their lyrics are specific to a fault (see the charmingly juvenile lines of “Ode to My Family”). That The Cranberries’ songs are as full of grace and spark years on is testament to the strength of O’Riordan’s and Noel Hogan’s songwriting. “Linger” is still timelessly beautiful, lent even more sparkle by Hogan’s acoustic guitar.

O’Riordan has always treated The Cranberries’ music as a vehicle to speak on familial love, as she did on “Ode to My Family” and “You & Me”. She continues to do so on “Why”, which was written a few years ago after her father’s death. The poignant new song captures both mourning and yearning, pushing forward through grief where the other morose new additions – “Rupture” and “The Glory” – merely drift and meander. Adding new songs to a supposed greatest hits album is not out of character for The Cranberries. After all, they did not stop making music, together or individually, after their golden period of the ’90s; their last album, Roses, was released in 2012. Their decision to sprinkle new material throughout, however, is bold, their implicit assertion of these songs’ rightful places alongside longtime favorites up for debate.

In our current age of potently, relentlessly marketed rock nostalgia, some ruthless cynics might even question if this Cranberries project is even necessary. Do we need faithful new versions of old songs, no matter how immaculate the results? It’s hard to say without considering one’s predisposition to the band in the first place. Some listeners will inevitably pass on Something Else for The Cranberries at their ’90s peak, while diehards will undoubtedly rejoice at hearing the band in action again, and with new material to boot. If you’re caught in between, you are, as O’Riordan would say, free to decide for yourself.

Essential Tracks: “Zombie”, “Free To Decide”, and “Why”