Samuel T. Herring is still one of the hardest-working vocalists in this industry 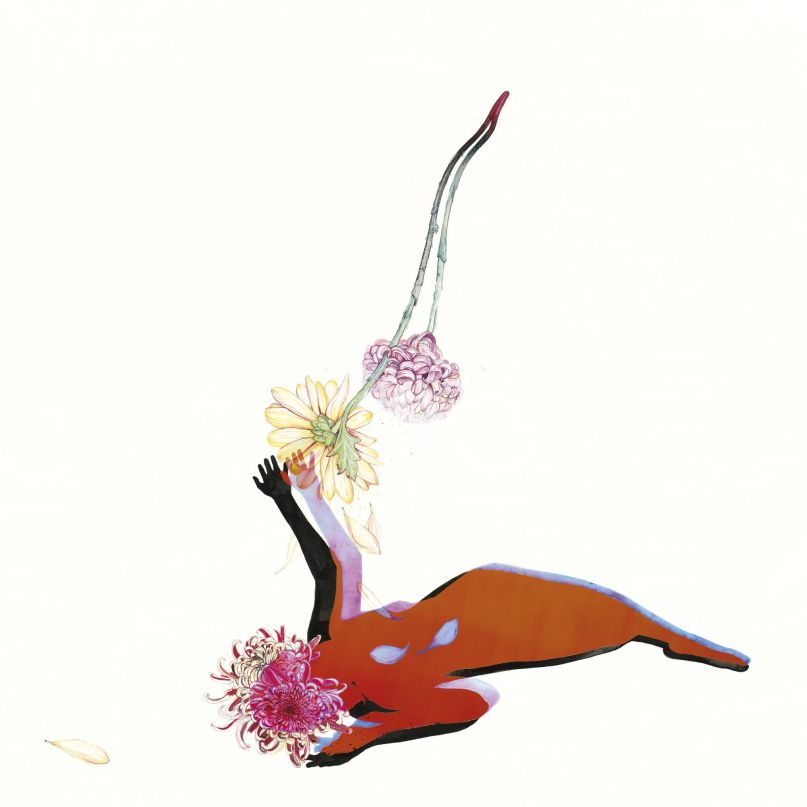 The Letterman performance was never the full story. When Future Islands performed the soon-to-be smash single “Seasons (Waiting on You)” in March 2014, the band went viral in a way that indie rock bands didn’t at that time and haven’t since. Frontman Samuel T. Herring captivated the world with his intensity, passion, and dated dance moves, and the band catapulted to the upper tier of indie rock, moving up to the top lines of festival billing and having their 4AD debut, Singles, land on the Billboard charts in the top 40.

While the timing was ideal, it wasn’t dumb luck that led to their success, or the reason why they’ve sustained it. Stalwarts of the Baltimore DIY scene who came up in the late 2000s alongside friends like Dan Deacon, Future Islands put in the work for a decade before it led to mainstream success. Dedicated to an extreme, the band toured relentlessly since they formed in 2006, celebrating their 1000th show in the summer of 2015 and adding to that number in the years since. A band with passion and drive, their rising stature combined with Singles being their tightest, strongest album yet made their climb a welcome tale for a band who earned it.

Following up a breakthrough album is a daunting task, one that bands often falter at by either sticking too closely to the formula with a victory lap or overcompensating through excessive experimentation, both of which the band avoids for the most part. While The Far Field is certainly looser and messier than Singles, it’s far from a disappointment, with the group playing to their strengths while trying out new tricks.

Those qualities that have informed Future Islands’ career, passion, and determination, almost to the point of obsession, are also the ones that emerge in their music and have endeared so many to them. On single “Cave”, a highlight built around a driving bass line reminiscent of U2’s “New Year’s Day”, Herring pours his entire self into this song about heartbreak, belting out the chorus as if he’s a man possessed. With less committed singers, his bold proclamations of love or desire could come off half-baked or haughty, but Herring believes deeply in every word he sings, and it makes the song soar. Like a slightly more even-tempered Frank Black, Herring’s delivery drips with intensity that is electrifying to observe.

That constant push and exertion is the backbone for The Far Field, an album that finds the band coming to terms with the toll it can take on their lives. In an interview with The Independent, Herring described panic attacks he had in 2014 serving as a warning sign that he needed to slow down, and here he works through the ramifications of that realization. “Beauty of the Road” describes a failed relationship that was the casualty of constant touring, and “North Star” tells the story of braving blizzards and hurricanes to be with the one he loves because he can’t bear being apart for another day. In that same interview, he describes watching his friends settle down and not being able to relate, driven by a need to keep going. This restless energy is consuming, informing the sound of a group uncomfortable with stillness.

It’s the momentum that keeps the songs so engrossing, whether it’s the cinematic sweeping chorus on single “Run” or the propulsive bass line on “Time on Her Side”. Bassist William Cashion emerges as the group’s not-so-secret weapon, with his rhythms keeping the music barreling forward as Herring pours his heart out. On highlights like “Through the Roses” and “Aladdin”, the group examines insecurities and plays to their strengths by building tension. Unfortunately, towards the back half of the record, just as they begin to explore new ideas, they tend to run out of steam. “North Star” uses new wave rhythms that falter in execution, while the dub-inspired “Candle” derails the flow of the album. With a few other tracks that blend together, it’s not until the penultimate “Shadows”, their thrilling collaboration with Blondie’s Debbie Harry, that the band recaptures the spark of the album’s more thrilling first side.

Ultimately, The Far Field serves as a reminder of how skilled Future Islands can be when everything locks into place, and even if it never reaches the highs of Singles, it more than holds its own. Future Islands is a remarkably talented group that make consistently good records, often flirt with greatness, and outwork most of their peers. It just took a decade for them to finally reach the audience they should have.