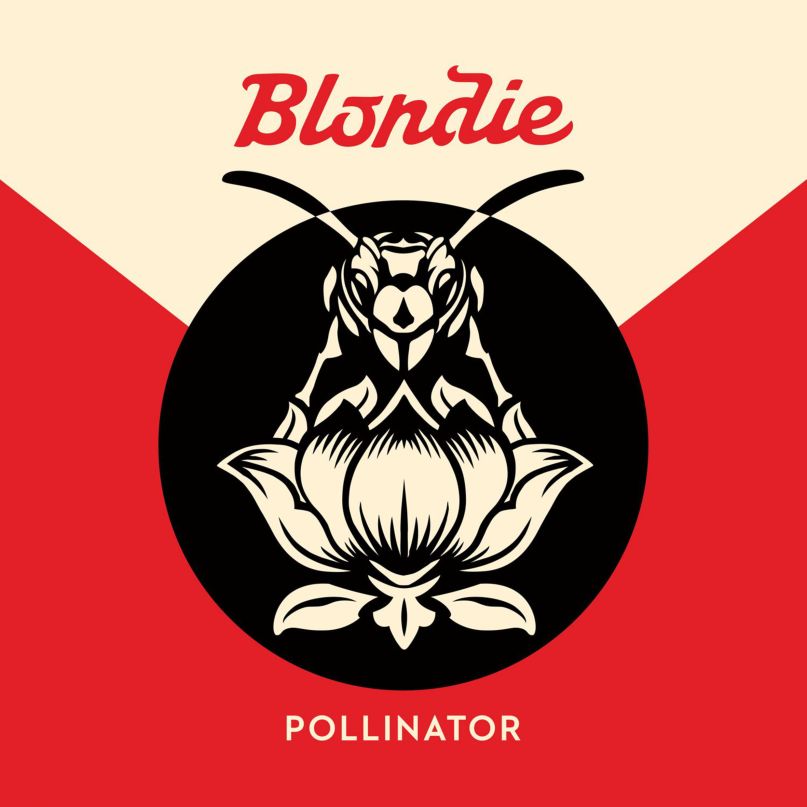 Blondie’s intentions were clear when they released “Fun” and “Long Time” earlier this year. The two singles for their 11th studio album, Pollinator, make the case that zero time has lapsed since the band’s 1978 masterpiece, Parallel Lines. Of course, several decades have come and gone since Blondie emerged as part of New York’s punk rock scene in the mid-1970s. Whereas their CBGBs cohorts embraced both punk and new wave, Blondie’s biggest hits traditionally had heavy pop undertones, and that tradition continues with their latest work, which has all the hallmarks of an earnest pop record and yet all the disco-drizzled grit that makes it sound like it was hand-delivered from a ’80s studio suit.

Pollinator starts strong with four hook-driven tracks, each a unique pop offering accented by song-launching drumrolls, funk-inspired riffs, and plenty of synth for ears to swim in. Joan Jett duets with Debbie Harry on album opener “Doom or Destiny”, a fitting match that pairs the rough edge in Jett’s voice to Harry’s sweeter croon. She’s not the only guest, not by a long shot, and it’s the corollary talent that winds up making Pollinator such a success. In addition to Harry, guitarist Chris Stein, and drummer Clem Burke, the album also includes assists in the writers room or behind the mic by Dev Hynes (“Long Time”), TV on the Radio’s Dave Sitek (“Fun”), Johnny Marr (“My Monster” cover), Sia and The Strokes’ Nick Valensi (“Best Day Ever”), Charli XCX (“Gravity” cover), The Gregory Brothers (“When I Gave Up on You”), John Roberts (“Love Level”), Adam Johnston (“Fragments” cover), and Laurie Anderson (“Tonight”).

(Interview: Blondie on Disrupting the Darkness with David Lynch)

Though the album’s first four tracks have a pop sheen similar to late ’70s and early ’80s Blondie, other songs deviate entirely from their well-known hits. “Love Level” is the best example of this: Featuring comedian and singer John Roberts of Bob’s Burgers fame, the song starts with Harry’s vocals supported by a triumphant horn section before shifting into a funk-inspired montage. At this point, Harry steps away from the microphone, inviting Roberts to make the song his own. This collaboration works well and symbolizes the band’s efforts to welcome new interpretations of the classic Blondie sound. Though not all partnerships were successful: “Best Day Ever”, featuring lyrics by Sia and guitar work by Valensi, never takes off. With repetitive lyrics (“Heartbreak/ From the best day ever/ Break up, make up, break up/ This will go on forever”) and an arrangement that never marries Harry’s vocals, the song feels like an awkward addition to Pollinator.

Meanwhile, Blondie’s work with British singer/songwriter Charli XCX on her song “Gravity” provides buzzy, memorable hooks (“I’m just sitting here in the treetop/ Just swing swing swinging away”) and her collaboration with Laurie Anderson on secret track “Tonight” feels like a nice one-of-a-kind moment. And although the ballad “When I Gave Up On You” offers a nice reprieve from the bouncy rhythms that precede it, “Long Time”, “Fun”, and “Already Naked” are more likely to connect for the hooks that drive them, and rightly so. Blondie isn’t attempting to stave out a new space in today’s pop culture landscape – they’re simply returning to the space they once occupied, reveling in pop’s rich tradition of creating music listeners can clap, dance, and sing along to. Granted, the majority of Pollinator isn’t nearly as compelling as its singles, but it’s Blondie, alright: older, wiser, and confident enough to make music that’s true to their identity.