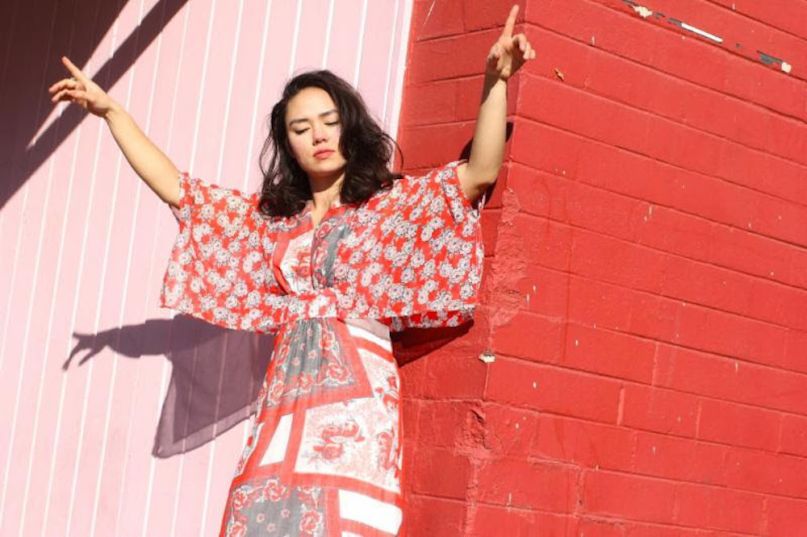 Since forming about a decade ago, shoegazers A Sunny Day in Glasgow have put out four albums, including 2014’s Sea When Absent. Now, frontwoman Jen Goma is looking to go solo, today announcing an album under her own moniker, Showtime Goma.

Titled Smiley Face, it’s due out on shelves June 16th. The 10-track effort was recorded with ASDiG collaborator Greg Saunier of Deerhoof, and is meant to be “an invitation, an invocation — to joy, anger, and catharsis in a time when apathy is not an option,” according to a press release. It’s “a light record with a dark sense of humor, brimming with hope and energy. It wants to take care of you.”

To show her fans how she plans on coddling them, Goma has shared lead single “Big Disaster”. It’s an offbeat but ultimately bubbly number, complete with squiggly and squelching synths. Hear it down below via its fun video.