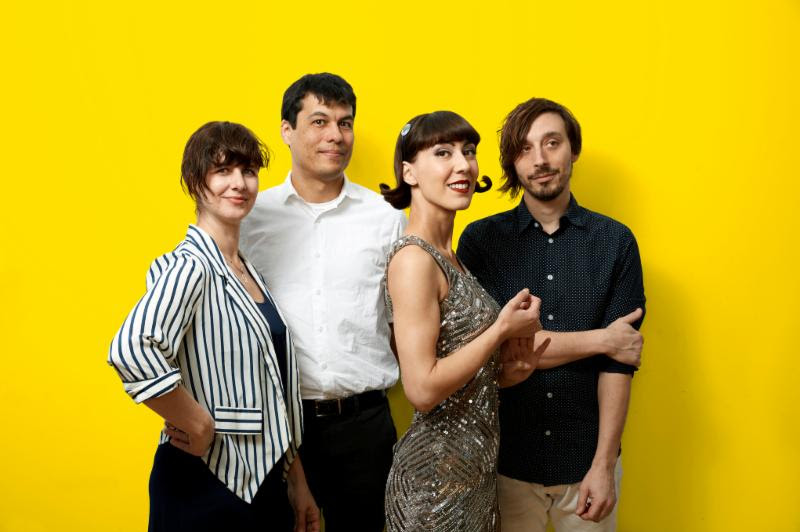 The Octopus Project have been keeping Austin weird for the last 15 years. Though always maintaining high energy and partying vibes, the band have constantly found new expressions for their avant-pop sounds. Sometimes it’s been experimental orchestras (2010’s Hexadecagon), while other times it’s been joyous bursts of electronic playfulness (2013’s Fever Forms). Their latest effort, Memory Mirror, takes the best of what they’ve always been and cranks up the volume.

Previous singles “Pedro Yang” and “Wrong Gong” maintain much of The Octopus Project’s quirkiness, but new single “Cuidate” shows they can get seriously raucous too. The track rips like a pure punk song, with thrashing guitars that burst through melodious but unintelligible lyrics. It’s as if the band took all their eccentricities, chopped them up, and shot them out of a cannon-shaped amp. Which, according to the band’s Toto Miranda, isn’t far off.

In a statement to Consequence of Sound, Miranda said:

“The demo version of this song was based on a blown-out, single mic recording of an amp blasting a bass guitar loop with live drums playing along – a few songs on the album were written that way actually. The guitar and vocals were added to that and the whole thing ended up sounding pretty gnarly. We wanted a little more weight to the sound though, so when we learned that we’d be able to mix with Dave Fridmann we re-tracked the song as a cleaner, more reasonable recording and asked Dave to destroy it in his own way. His studio is full of obscure, unique distortion devices that he really knows how to use, and we’re super pleased that this song turned out sounding so much like Dave and his place! The lyrical content is open to interpretation.”

Take a listen to “Cuidate” below.

Memory Mirror is out April 7th via the band’s own Robot High School Label. Pre-orders can be made here. The Octopus Project will support the album with a solid run of spring tour dates following multiple appearances at South by Southwest. Find their full schedule below.