Police found the musician unresponsive at his home in St. Charles County, Missouri 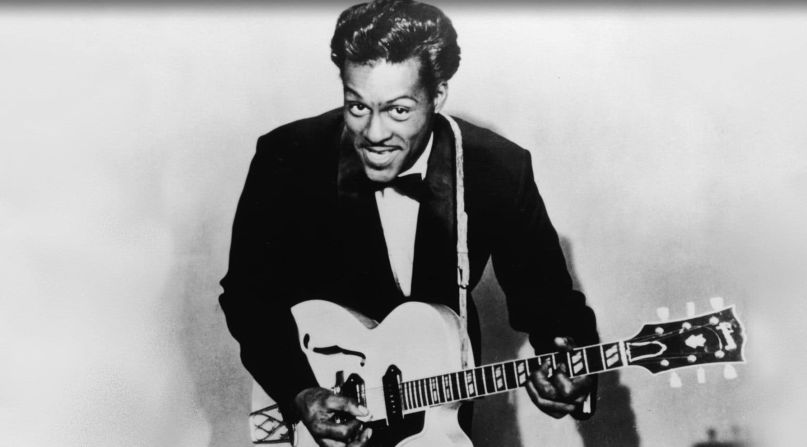 Chuck Berry, a founding father of rock ‘n’ roll, has died. He was 90 years old.

According to a representative for the St. Charles County Police Department, officers responded to an emergency call at 12:40 p.m. on Saturday afternoon. Berry was found unresponsive and efforts to revive him was unsuccessful. He was pronounced deceased at 1:26 p.m. A cause of death was not immediately known.

Update – March 20th: Berry died of natural causes, according to the musician’s personal doctor (via TMZ).

Charles Edward Anderson Berry was born October 18th, 1926 in St. Louis, Missouri. Though he was interested in music from an early age, Berry didn’t launch a career until he was in his late 20s. While still a high school student he was convicted of armed robbery and was sent to a reformatory, where he was held from 1944 to 1947. After his release, Berry worked at an automobile assembly plant. By 1953, however, Berry was performing music full time with the Johnnie Johnson Trio. It was during this time that Berry put his own spin on rhythm and blues music. Incorporating guitar solos, excessive showmanship, and lyrics focusing on teen life and consumerism, the ambitious young musician stumbled upon an entirely new genre of music, one that would be known as rock ‘n’ roll.

Two years later, he traveled to Chicago and met Muddy Waters, who subsequently introduced him to Chess Records founder Leonard Chess. Under Chess’ guidance, Berry recorded his first hit record, “Maybellene”. Several more chart-topping songs soon followed, including “School Days”, “Rock and Roll Music”, “Sweet Little Sixteen”, and “Johnny B. Goode”, and by the end of the 1950s, Berry had established himself as one of the biggest names in music.

Berry’s career was temporarily derailed in the early 1960s after he was arrested and convicted of statuary rape. Though he maintained his innocence, he was sentenced to serve one-and-a-half years in prison. Upon his release, Berry discovered that his music had been incredibly influential on bands of the British Invasion, including The Beatles and The Rolling Stones. The Stones in particular had a fondness for Berry’s music and frequently covered several of his songs, including “Around And Around”, “”Carol”, and “Little Queenie”.

Berry was also legendary for his prolific touring schedule, playing well over 100 concerts a year. Often times, Berry would arrive to a venue with just his guitar and take the stage with a backing band he had never met, but who was expected to know his music. The likes of Bruce Springsteen and Steve Miller backed Berry early on in their respective careers.

“About five minutes before the show was timed to start, the backdoors opens and he was by himself,” Springsteen recounted in the 1987 documentary Hail! Hail! Rock ‘n’ Roll. “He got his guitar case and that was it. He comes into the band’s room, and I say, ‘Chuck, what songs are we going to do?’ and he says, ‘We’re going to do some Chuck Berry songs.'”

For his efforts, Berry was among the first musicians to be inducted into the Rock and Roll Hall of Fame upon its opening in 1986. He also received a Grammy Lifetime Achievement Award in 1984 and the Kennedy Center Honors in 2000.

Berry remained active up until 2011 when health problems finally forced him off the road. However, he continued to perform regularly at a local restaurant and bar in St. Louis. Late last year, he announced his first album in 37 years, Chuck, with plans to release it sometime in 2017.