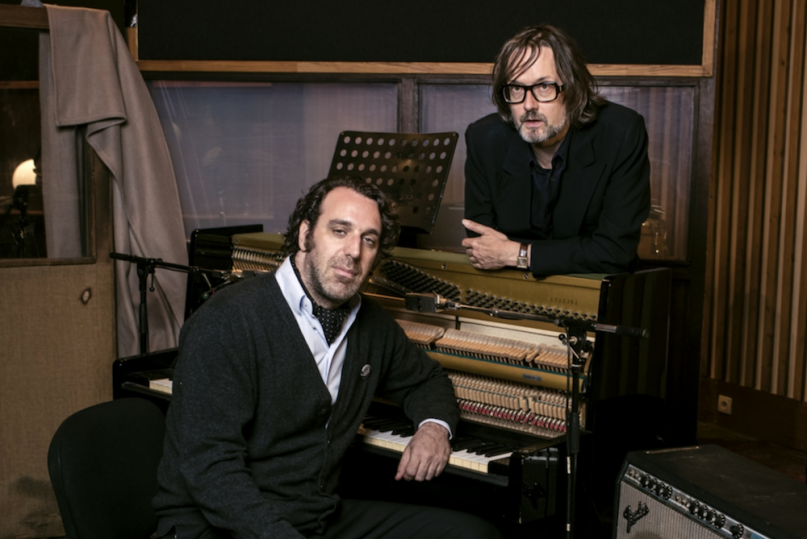 Room 29 is a 16-track collection of music inspired by “the goings-on in Room 29 of the Château Marmont hotel,” a Hollywood spot long thought to be haunted. Cocker, whose last release was 2016’s Likely Stories EP, was in charge of the lyrics, while Gonzales took on the music. Recording took place at Ferber Studios in Paris by Gonzales’ collaborator Renaud Letang, and also featured additional contributions from flautist Nathalie Hauptman, German string ensemble Kaiser Quartett, and French horn player Hasko Kroeger.

Cocker and Gonzales are scheduled to perform the album in full during a trio of sold out shows at the Barbican Theatre in London from March 23rd through March 25th. To get a better picture of the narrative of Room 29, here’s Cocker’s lengthy statement on the upcoming concerts:

“Do you believe in ghosts? What if a room could tell you the life-stories of the people that have inhabited it? Better still – what if it could sing you those stories? In Room 29, Jarvis Cocker and Chilly Gonzales give a voice to those ghosts, using music, theatrics, clips from classic Hollywood movies and more to reveal the secrets of Room 29 of the Chateau Marmont hotel in Hollywood.

Featuring contributions from film historian David Thomson and the stories of famous former occupants of the room such as Jean Harlow and Howard Hughes, the show will also attempt to unpick the way a heady concoction dreamt up in the immediate vicinity of the hotel went on to intoxicate the entire population of planet Earth. Or, (to quote the sub-title of David Thomson’s book The Big Screen): it is also the story of the movies and what they did to us.”

For the duration of one evening the entire audience will be occupants of Room 29. You will be greeted by our concierge and you will be given a key. Sit down, get comfortable – it will be our pleasure to serve up a night of entertainment like no other: Room 29 may be a real location in Hollywood, California – but it is also a place within each one of us. Through this collection of songs we hope to open the door to that room for all those of you who wish to explore it. How’s that for Room Service?”