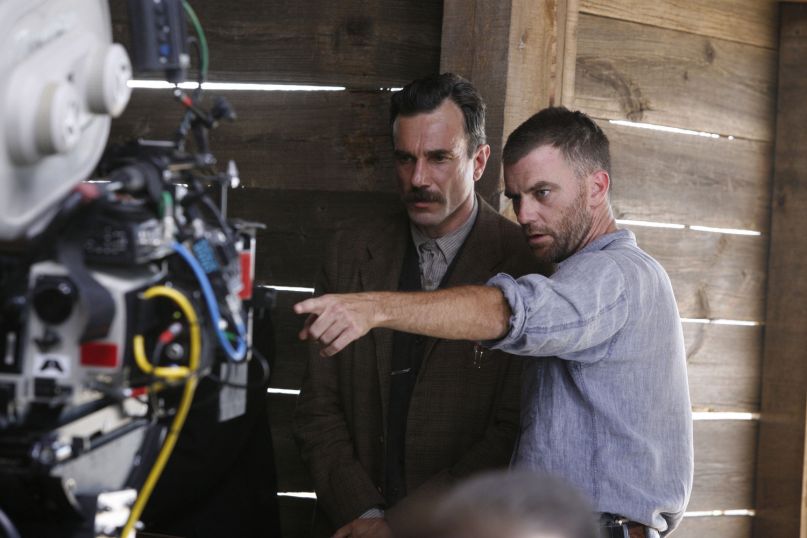 Just when you thought the endless talk of the awards season cycle had faded in a blaze of incorrect statue distribution, it’s time to look ahead to 2017’s upcoming prestige projects, the next wave of hopefuls looking to capture audiences’ hearts and inspire bad Twitter discourse. One of the more exciting projects on the horizon is the new film by Paul Thomas Anderson … despite the fact that not all that much is known about it. For a certain kind of moviegoer, PTA’s name is one on a perpetually shrinking list of filmmakers whose new releases still feel like an event. (It helps that his last two features, The Master and Inherent Vice, stand as two of the greatest films of the current decade.)

His next event will arrive just in time for Christmas, it turns out. Anderson’s yet-to-be-titled eighth feature will be released through Focus Features on December 25th, though as of now it’s unclear if it’s one of those Academy-qualifying NY/LA runs, or if us fine folks in the American Midwest will also get to enjoy the director’s latest offering before 2018.

As previously reported, the film will follow Daniel Day-Lewis as a high-demand dressmaker in 1950s London; Lesley Manville (Another Year), Richard Graham, and Vicky Krieps have also been confirmed as part of the cast. Radiohead guitarist Jonny Greenwood will provide the score, marking his fourth consecutive score for Anderson. Not much else is known about it so far, otherwise, though some set photos recently surfaced.

The last Anderson and Day-Lewis collaboration resulted in one of modern film’s best works in There Will Be Blood, which is reason enough for some pre-emptive excitement. While we’re on the topic, this is still an astounding bit of performance on Day-Lewis’ part. Memes aside.