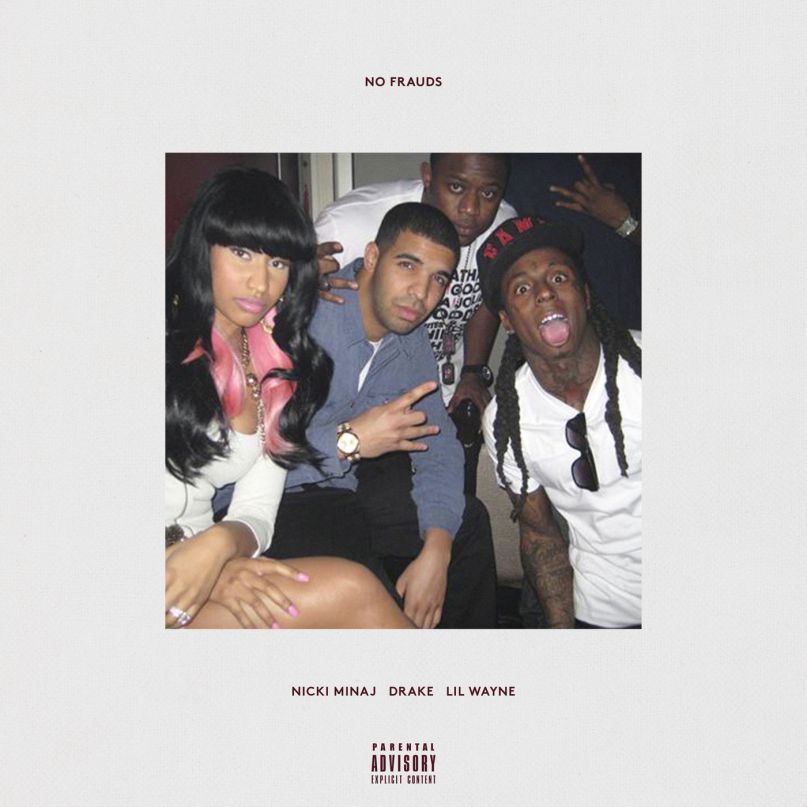 As of late, Nicki Minaj’s musical output has been limited to collaborations with Gucci Mane (“Make Love”), Major Lazer (“Run Up”), and Fetty Wap (“Like A Star”). Tonight, however, she returns with three new tracks released under the hashtag #3PackFromPARIS. (Minaj is currently in the City of Lights for Paris Fashion Week.)

Of particular note is “No Frauds”, which reunites Minaj with longtime associates Drake and Lil Wayne. Weezy is also featured on a second track called “Changed It”. The third is a solo offering entitled, “Regret In Your Tears”.

Listen to all three below via Apple Music.

It’s unclear whether the tracks are part of a larger project, though Minaj has mentioned plans to release a new album later this year. Her last full-length release came in 2014 with The Pinkprint.