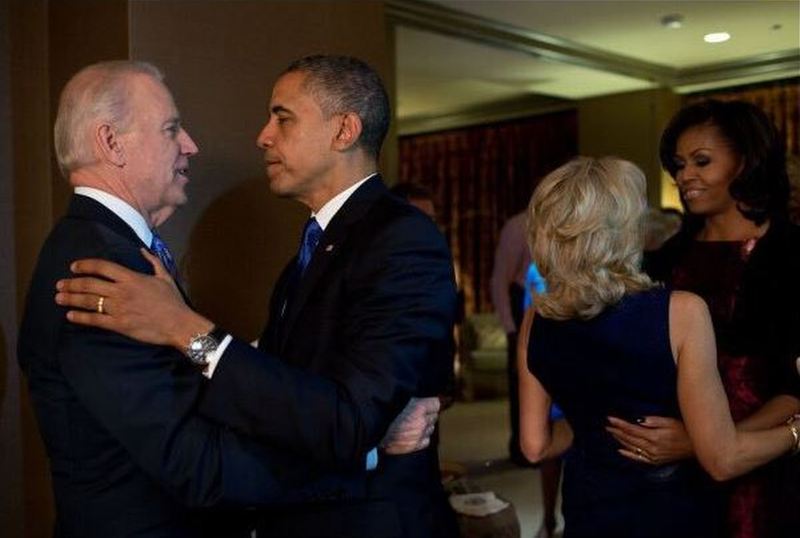 Shock and despair instantly flooded my Twitter timeline following the incredible election of rage-tweeting clown Donald Trump on November 8th. Not only was a reckless, underqualified man taking office, but our first hipster president Barack Obama and his sidekick Joe Biden were on their way out. The mood lifted a bit eventually, however, as the Internet began commemorating the power duo’s eight great years in the White House the best way it knew how: viral memes.

Obama and Biden’s well-known bromance became the subject of a countless variety of them, many of which imagined very personal, sometimes silly, heart-to-heart conversations between the two behind closed doors. Personally, I like the memes of a petty Biden being lectured by Obama, but there are plenty of sweet ones as well. Regardless of your personal favorite, rest assured our former Vice President has probably seen them.

Recently, Biden’s daughter spoke to Moneyish and said her father “sat there for an hour and laughed” after finding out about said memes. She also shared his favorite: it’s an image of Biden, Obama, and their wives embracing with a caption poking fun at their close relationship.

And just for kicks, here are a few more of our favorites:

Biden: I left a cup of lemon-lime Gatorade for him on the Oval Office desk.

Obama: Did you replace all the toiletries with travel size bottles?
Biden: He's got tiny hands Barack, I want him to feel welcome here pic.twitter.com/e7NRIZ43Ww

Obama: "Joe you can't tell Pence that your best advice for him is 'Get fucked, Hoosier.' "
Biden: "But that motherf–"
Obama: "Joe."
Biden: pic.twitter.com/Icd2jfEMk9

Previous Story
Morrissey is selling a James Baldwin “Black Is How I Feel on the Inside” t-shirt
Next Story
Confirmed: Donald Trump will eliminate National Endowment for the Arts as part of proposed budget
Popular
More Stories
[fu-upload-form form_layout="media" title="Submit Your Photo"][input type="hidden" name="ugc" value="1"][/fu-upload-form]