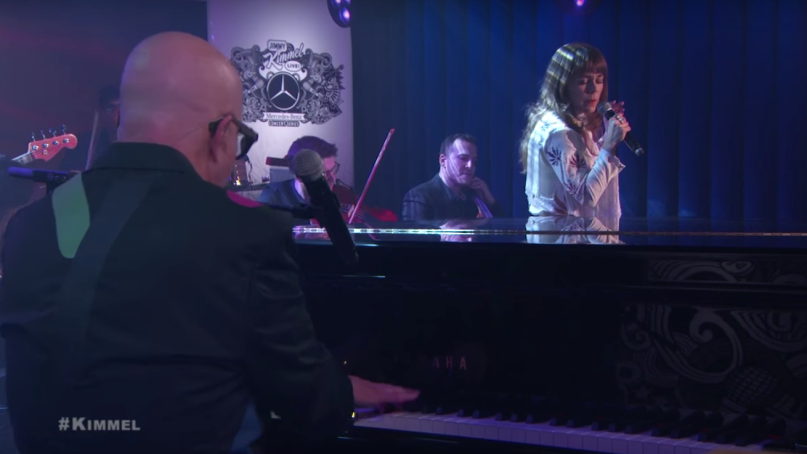 Former Late Show bandleader Paul Shaffer is just days away from releasing his new album with The World’s Most Dangerous Band. Due out March 17th, the self-titled LP features a ridiculous collection of guests, including Bill Murray, Shaggy, Darius Rucker, and Dion. Jenny Lewis also appears on the tracklist, contributing a cover “Sorrow”, a song written by The McCoys in 1965 and made famous by David Bowie when he recorded his own version eight years later. Lewis’ version is largely inspired by Bowie, essentially making it a cover of a cover.

Last night, Lewis accompanied Shaffer and his oh-so Dangerous Band to perform the song on Kimmel. Up above you can watch a replay of the performance, which also featured Shaggy.