Film Review: Ghost in the Shell

The remake of the 1995 classic is heavy on style, but lacking in thought and intelligence 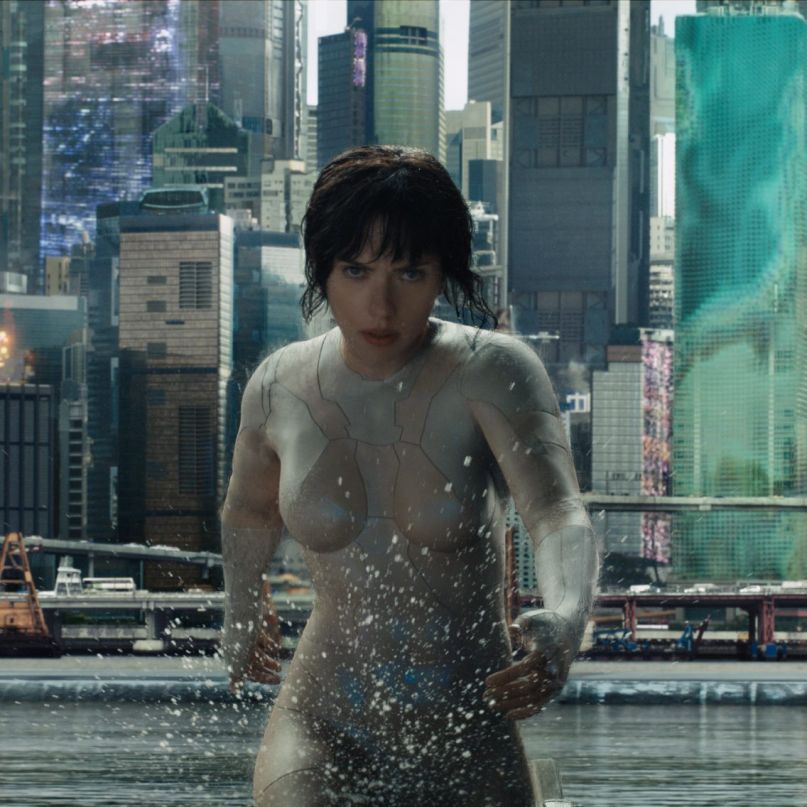 When one sets out to make a film that asks challenging questions about what it means to be human, perhaps one should take some time to focus on such minor matters such as character, relationship, and yes, humanity. Just a thought.

Ghost in the Shell is a visually arresting film, even occasionally an entertaining one, but profound it ain’t. That’s no crime, but dressed up as it is in the trappings of a much smarter film, its significant shortcomings stand out every bit as much as a pair of pert breasts on a supposedly utilitarian body. Your enjoyment of it isn’t likely to be determined by your feelings about the 1995 film, nor will it be based on any attachment to or grievances about the casting of Scarlett Johansson. Instead, this will come down to one thing: how willing are you to care about basically nothing for almost two hours?

There’s a chance you might give at least a little bit of a damn about Major (Johansson), but it’s far from a slam dunk. An evocative credits sequence shows us the process for transferring a human mind (and the soul, or “ghost,” that goes with it) into a body, complete with the nervous system and some familiar white goo. She wakes up to be told by a kindly doctor (Juliette Binoche) that her body died after a raft carrying refugees was attacked by terrorists, but that they were able to save her mind/soul/spirit/ghost/personishness. A year later, her weaponized human mind is working for government agency Section 9 alongside partner Batou (Pilou Asbæk), both of whom report to the mysterious and intimidating Aramaki (acclaimed actor/writer/director Takeshi Kitano). They’re on the hunt for a shadowy hacker/killer (Michael Pitt), who is targeting scientists at Hanka, the organization where Major was “born.”

There’s more to it, of course — Major begins to see “glitches,” which may or may not be flashes of her past; it’s clear that the head of Hanka (Peter Ferdinando, blandly evil) is up to no good — but Ghost is blissfully unconcerned with plot. It marches at one standard pace from scene to scene, and while there are few surprises, there’s not much of a need. Director Rupert Sanders and screenwriters Jamie Moss, William Wheeler, and Ehren Kruger seem far more concerned with painting a captivating and detail-rich vision of the future. Beyond that, they manage to squeeze in some dialogue between the endless sweeping shots of the city, raising big philosophical questions that they let slip at best and reduce to patronizing bullshit at worst.

It’s really too bad, because Sanders and company do a real disservice to Johansson, who does good work in a role in which she should probably never have been cast. There’s much to admire in her performance, not least of which is her startling physical precision, particularly a stride that seems both remote-controlled and endearingly awkward. She’s neutral but always alert, blunt but never straightforward, and if there were even one joke in this movie, she’d probably be funny. It’s a performance a thousand times more thoughtful than the film in which it occurs, a statement also true of Binoche, who earns her paycheck and those of at least six others in each of her brief scenes.

Still, neither casting nor performance nor storytelling is the priority here. Sanders clearly set out to create a visual stunner, and in that, at least, he succeeds. Bodies fold and unfold, leaving no seams behind. Spare living quarters do a lot more to convey a sense of loneliness and isolation than the script ever does, and those endless shots of the film’s futuristic world contain detail after rich detail. It would be easy to be caught up in such a tapestry, were there anything of real substance going on beneath. Still, don’t be fooled by the beauty, nor by Clint Mansell’s lovely but relentlessly doomish score: there may be plenty to see, but little of it really matters.

Many of these sins are fairly ordinary. It’s easy to get so caught up in creating something beautiful that you forget to tell a story (see Sanders’ only other feature-length film to date, Snow White and the Huntsman, for another example). It’s easy to decide to ask big questions, but much harder to actually do so. But the biggest is one that’s extremely hard to overlook: the film’s attempt to justify its casting of a white movie star as Major Motoko Kusanagi actually underlines the thoughtlessness of that choice.

This is a development that arises near the film’s climax, so it won’t be given away here. Suffice it to say that there are real stories to be told about the erasure of someone’s culture and heritage as an “upgrade,” as well as stories about attacking voices of dissent in an effort to silence or erase those perspectives entirely. Ghost in the Shell seems to think that it’s telling those stories, but many of the choices made by the filmmakers throughout make clear the falsehood of that front. Cast Scarlett Johansson as the lead in a Japanese tale if you must, but if you’re going to do it, don’t also try to pretend that it’s a progressive choice. As Major tells us, we’re defined not by our pasts, but by the things we do and the choices we make. Ghost in the Shell is the cyber-punk bed the filmmakers made for themselves. Now they get to lie in it.