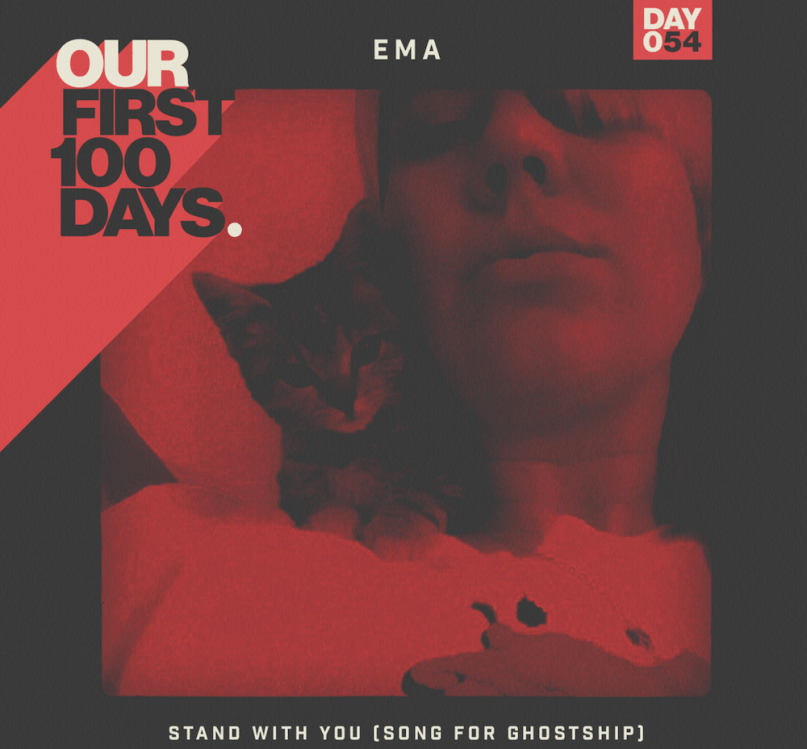 Socially conscious singer-songwriter EMA has consistently used her music to comment on hot-button issues such as police brutality (“Black Boys on Mopeds”) and mass shootings (“Active Shooter”). It comes as no surprise, then, that she’s involved in Our First 100 Days, a music compilation which benefits organizations “working on the front lines of climate, women’s rights, immigration and fairness.”

For her series submission, EMA has offered up a track called “Stand With You”, dedicated to all 36 victims of last year’s tragic Ghost Ship fire in Oakland, California. Though the city’s mayor has since issued an executive order to safeguard DIY art spaces like Ghost Ship, there’s no taking away from the darkness of that fateful evening — an unshakeable sorrow that EMA conveys well here over funeral-like organs.

Stream it down below. EMA’s last full-length was 2014’s The Future’s Void.