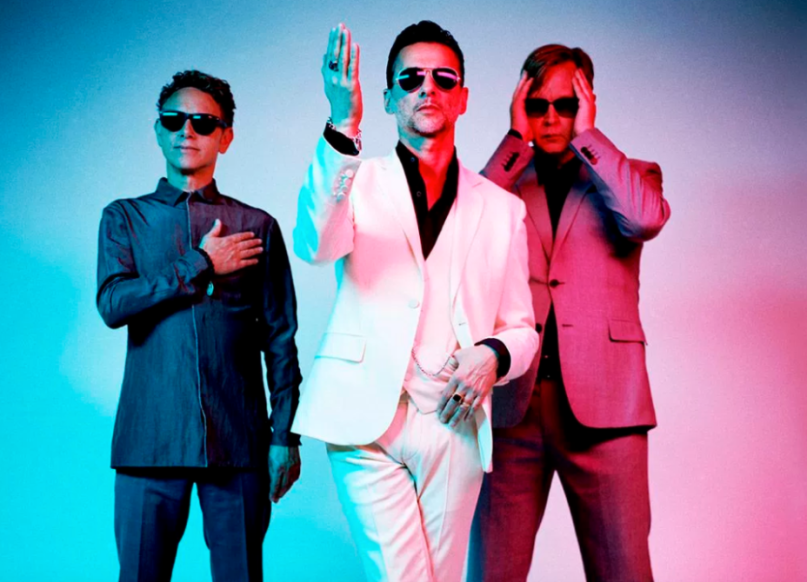 Depeche Mode are back today with their 14th studio album, Spirit. The highly anticipated record is out via Columbia/Mute, and Apple Music and Spotify users can stream it below. (Somehow we’re not sure Richard “Cunt” Spencer will be pressing play.)

Only one single, “Where’s the Revolution”, preceded the album, but it really said all you need to know about the effort’s themes. Recorded at Santa Barbara, California’s Sound Design and New York City’s Jungle City Studios, Spirit was written before the Presidential election but still finds the British rockers making more than a few poignant political statements.

As frontman Dave Gahan told Billboard, Spirit may not be as intentionally politically minded as it appears, however. Instead, it’s simply a reflection of the times in which it was written. As Gahan put it,

“We recorded during the campaign. We were recording during the time when Brexit was happening and when we finally got the news. A lot of change, a lot of ‘Really?’-type stuff happening. But it’s been going all around the world, and this separatism, ‘I’ve got to keep mine, and get out of my way,’ and all the stuff we’ve been hearing for years about the one percent — ‘When are we going to see it trickle down?’ It comes up in ‘Poorman’ on this album.

It’s an album that is reflecting a sign of the times. And it comes across in a very social way. I don’t think of songs in a political way.”

Depeche Mode have also announced a massive world tour in support of Spirit, and the North American leg goes down from late summer into early fall.