She's also wrapped up work on her follow-up to Sucker 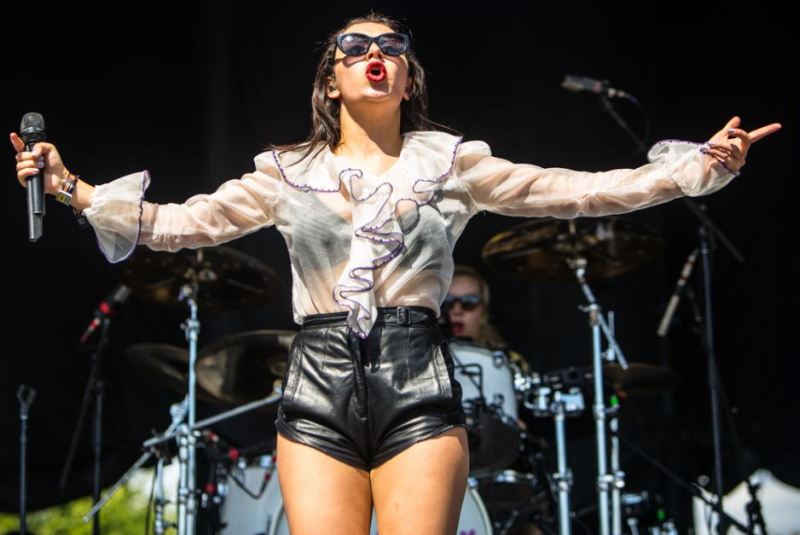 While Charli XCX still doesn’t have a release date for the highly anticipated follow-up to her sophomore full-length Sucker, today brings some good news for her fans. Appearing on BBC Radio 1 on Tuesday, Charli confirmed that her new album is in fact finished. Better yet, the “Boom Clap” singer announced she’s dropping a free mixtape on March 10th called Number 1 Angel.

As a preview, Charli premiered three new songs during her appearance: “Pull Up” featuring MØ, “Dreamer” featuring Raye and Starrah, and “Lipgloss” featuring CupcakKe. Stream them below (at the 3:50, 9:19, and 16:22 marks).

The new tracks are basically what you’d expect from the pop singer, which is definitely a good thing. All three are buoyant, catchy numbers, with “Pull Up” standing out for the pre-existing chemistry between Charli and MØ. Still, the atmospheric alt-R&B “Dreamer” is no slouch and the high energy “Lipgloss” has potential as a club track.

As for Sucker, Charli shared the lead single to her forthcoming album, “After the Afterparty” featuring Lil Yachty, last October. Last month, she debuted another new track, “Bounce”, on Jimmy Kimmel Live.

Update — Thursday, March 9th at 1:50 p.m. CT: Charli XCX has premiered a fourth track called “Babygirl” (scroll to the 1:38 mark). Breezy and summer-ready, it’s got all the makings of a late ’90s Mariah Carey pop cut.