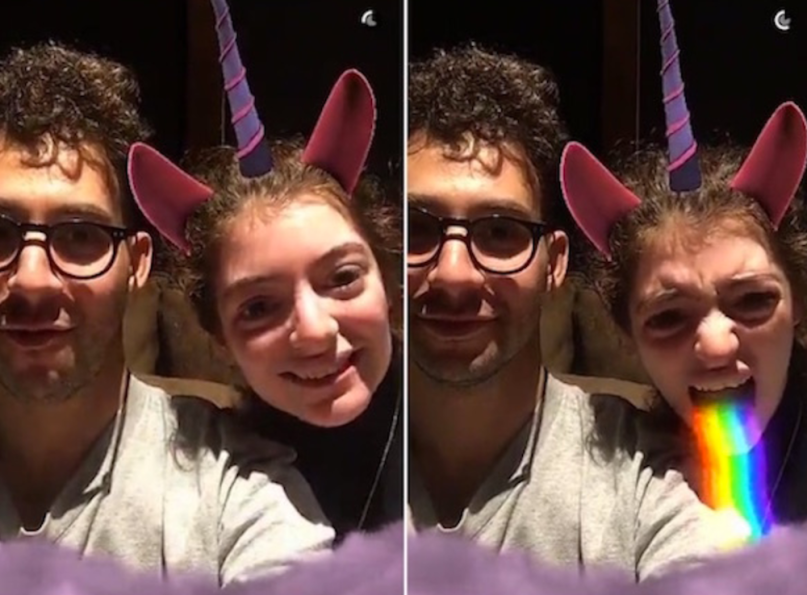 Let’s get this out of the way right now: I’m not crazy about Bleachers. The music is fine for what it is, but overall their debut album, 2014’s Strange Desire, left a lot to be … well, desired.

That being said, though, the band’s ringleader Jack Antonoff, also of fun., formerly of Steel Train, is a knockout when it comes to working with outside forces. Recently, he helped co-produce Lorde’s upcoming Melodrama album, including lead single “Green Light”, as well earned co-writing credits on ZAYN and Taylor Swift smash hit “I Don’t Wanna Live Forever”.

Antonoff has a new Bleachers song out today called “Don’t Take the Money,” and it sees him reconvening in the studio with Lorde. It’s not the best thing I’ve ever heard, but it is pretty immediately anthemic and good in a way that Strange Desire was not, aka it’s another Antonoff collaboration worth hearing. For the Lorde listeners, the New Zealander’s backing vocals can be heard pretty clearly around the 2:30 mark.

Yesterday, fans first heard “Don’t Take the Money” via a USB stick that was hidden inside of piñata version of Antonoff. It all went down in New York City’s Union Square, as captured below:

I guess @bleachersmusic is back. pic.twitter.com/Dtxnyw1pse