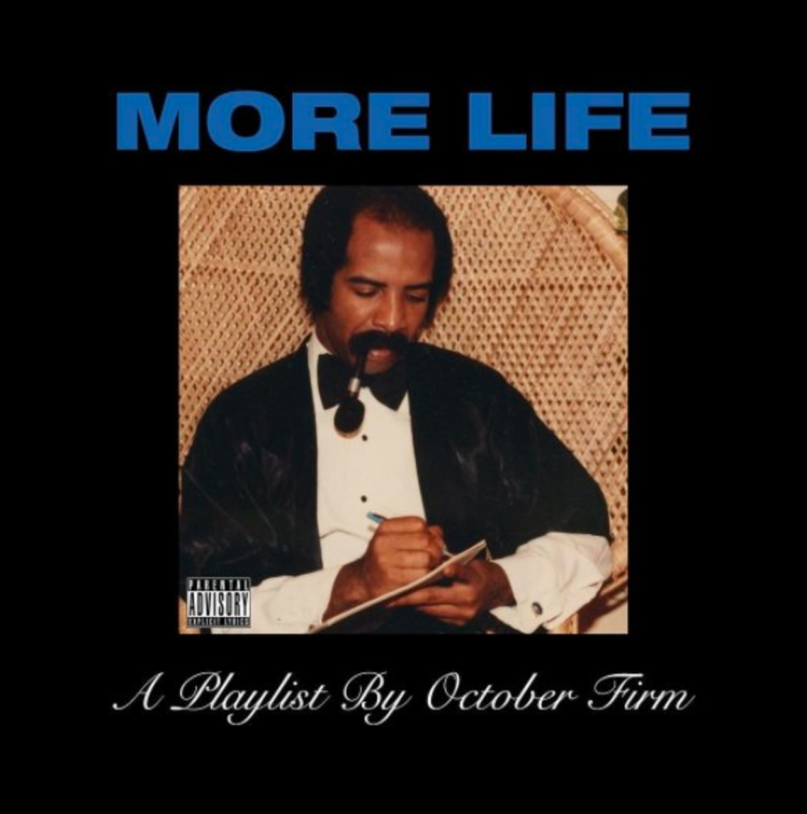 –DRAKE STANS … DO NOT READ THIS–

When we think of the most popular artists of the 2010s — Kendrick Lamar, Beyoncé, and Drake — only the latter has released enough music this decade to qualify for some kind of “streak,” which is the sort of thing his fans like.  His pop credentials are also too ubiquitous by now to feign ignorance; any of us who failed to understand Thank Me Later or Take Care at the time can no longer wonder how “rap” music so beatless and slow and solipsistic could dominate all airplay, streaming, and meme formats now that we’ve run “Take Care” and “I’m on One” and “Hold On, We’re Going Home” and especially the cursed “Hotline Bling” through our skulls 8,000 times. What’s more, except for his future power-couple half Taylor Swift, he’s the only album artist making hits as nuclear as “Call Me Maybe” or “Blurred Lines”. All that’s still in contention is his charm, which stinks, but you’re less likely to feel that way if you use Snapchat. He may be the most polarizing long-lasting artist in rap history, as it’s looking more and more with each passing day like the seismic shift between the Before Drake and After Drake eras respectively resembles the Frank Sinatra pop era becoming the Elvis Presley one.

Drake’s immaturity is the lightning rod because we all know this type, whom Pitchfork once tagged as wishing he was “hooking up with a girl next to the laundry basket at Totally Normal University,” and unless you’re Talking Heads experiencing the world through the (ironic?) distance of Asperger’s or Pink helping millions of young women come to terms with the fact they don’t look like “damn Britney Spears,” fetishizing normalcy is kind of perverse for a straight cis dude who’s made fewer political songs than Madonna. Drake’s failure to recognize he is the norm — TV star who says he “started from the bottom,” nice guy who can’t believe his exes move on, narcissist who can’t resist making his girl feel bad for borrowing his car to obtain Kotex — was finally starting to catch up with him on last year’s VIEWS, an 80-minute slow-motion paean to toxic masculinity that demanded apologies from women in a holiday lyric that somehow makes Fall Out Boy’s “The ribbon on my wrist/ Says do not open before Christmas” look rational.

It’s to the credit of Drake’s famous self-consciousness that, despite rigging VIEWS for maximum Spotify payout, despite its mega-sales and Grammy clout (including a win for Best Rap Song that even Paul Ryan could tell wasn’t a rap song), despite the briefly-Trumpist-flying-into-the-sun tailspin of his inventor Kanye West himself, Drake realized VIEWS was an end, not a peak. Or maybe he simply looked at the numbers: the trop-house and Afropop-derived club fantasias “One Dance”, “Controlla”, and “Too Good” — that’s where the money is. But on the new More Life, there’s a moment where he sneakily refers to VIEWS as “a side of myself that I never knew,” à la Eminem tucking a Relapse diss into Recovery, and it scans as such because the surrounding music is such an advisedly prominent about-face.

So from where I’m standing, More Life is this long-overrated phenom’s most listenable record, likely for all the reasons the master of bullshit decided to tag it a “playlist.” His dad’s on the cover, not him. He almost entirely avoids singing about the women who wronged him; in fact, the opening “Free Smoke”’s revelatory “I make too much these days to say ‘poor me’” hopefully sets the tone for the rest of his days. But his biggest lesson learned from the global success of “One Dance” and its Tinariwen-like guitar breaks is that the Drake character is not what propels it but the rhythm; this playlist/parenthetical/asterisk/mixtapes-are-so-2015 release is the first record of Drake’s astronomically self-absorbed career to put music first.

The five-minute chillwave jam “Passionfruit” is an early indicator that More Life will be exponentially more tuneful than VIEWS, but even that is no preparation for the absolutely gorgeous “Madiba Riddim”, with its buoyant Afropop guitar and fair-enough “God knows I’m trying for you” hook. Then there’s the ghostly dancehall of “Blem”, the shittyfluted recorder hook on the Quavo- and Travi$ Scott-assisted “Portland”, and the beautiful Huerco S.-informed synths of monster highlight “Lose You”, which also contains this insight: “Winning is problematic/ People like it more when you working toward something/ Not when you have it.”

Sure, it’s no Run the Jewels announcing “the people at the top are probably rapists,” but Drake wrestling with his privilege is something to behold, wondering aloud why his struggle is worse than others, as an only child taking care of his mother, though doubly as a Canadian and a celebrity it’s difficult to fathom how he even notices that the “bills double.” The song fires off plenty of subliminals as well, and More Life keeps those brief. “Gyalchester” contains both the Kevin Gates-aping  “I don’t take naps/ Me and the money are way too attached to go and do that” and the inevitable “I know I said I’m Top Five, but I’m Top Two”, and if you squint, his “Niggas tried to serve me up a cheesesteak/ I gave ‘em back a clean plate” missive on “Can’t Have Everything” is probably a wink at Meek Mill.

It’s ultimately more fun to parse these mythological mysteries when there’s music to immerse in, though, and More Life has more sonic attraction than Drake’s previous peak, Nothing Was the Same, the mélange of ‘80s pop and time-stretched, unorthodox sampling that brought us “Hold On, We’re Going Home” and “Worst Behavior”. Here we get Kanye rapping like old Kanye with the gospel power of new Kanye on the triumphant “Glow”, Young Thug doing a slowed-down version of his winning “wah-wah” gimmick from “Pop Man” on “Ice Melts”, and for that matter, “Fake Love” reprises the watery steel drum hook from last year’s indelible “Pick Up the Phone”. The sudden appearance of J. Lo’s “If You Had My Love” on “Teenage Fever” is more welcome than Drake’s interpolations of Juvenile’s “Back That Azz Up” and The Roots’ “You Got Me” combined. In that context, it’s so much easier to appreciate a track like “Do Not Disturb” as, say, Tom Waits’ “I Don’t Wanna Grow Up” for the fuckboy generation.

The one major failing that Drake fails to invert or even address on More Life is that like VIEWS, it’s still 81 fucking minutes. You don’t need three hours of Drake every two years, even when the hip-hop, dance, and pop offerings on display are as brilliantly “curated” as they are here, and this “playlist” only truly plays out as such in the sense that I guess that’s the only prism that Drake can understand pop’s necessity of variety through. It helps that it’s more difficult here than on VIEWS (which feels far longer) to figure out which five or six songs to cut; maybe the plodding “Nothings into Somethings” or the unnecessarily ominous “KMT” detract from the nonstop momentum of on-the-one bangers like “Get It Together”. The six-minute PARTYNEXTDOOR snooze “Since Way Back” is an easy target as well.

But even on that, the singing and melodies are massaged with a care unheard in the prior Drake discography; this album flows as improbably as The Life of Pablo, with more assured lyrics and smoother sequencing, to offset the lack of a certifiable genius at the helm. You could’ve predicted it, though; Drake at his least memeable is Drake at his most humane. When he sings that he can’t tell who is his friend anymore and that he needs distance between himself and them on “Madiba Riddim”, it doesn’t even scan as paranoid. Pleading to be taught how to love again, it even sounds kind of sweet. That’s a good thing in a heartthrob.