Hint: You're going to need a passport for a few of these... 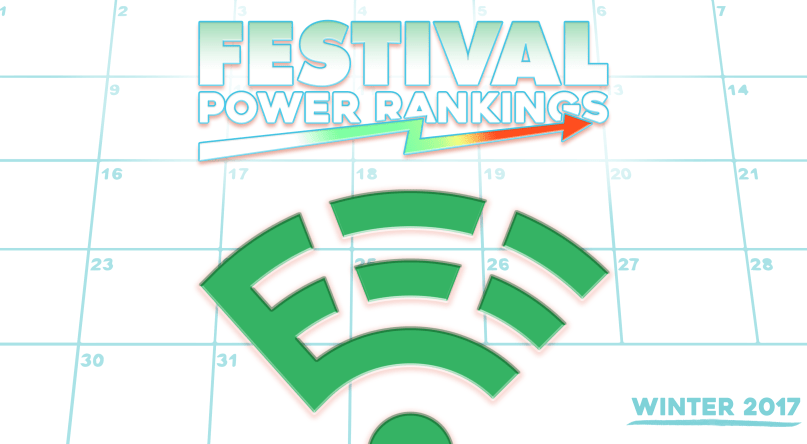 We’re only four weeks into 2017, and yet we could already map out the summer. There’s nothing really shocking about that, though. By now, it’s become customary for major festivals to drop their lineups before Walgreen’s even has a chance to start stocking Valentine’s Day goodies. And really, it’s a relief in the sense that we get to plan ahead and start to put the pieces together on how the entire festival season is going to look.

So far, it’s a pretty mixed bag. That’s not to say there aren’t some intriguing lineups — what the hell do you think this list is for? It’s just that nothing really leaves us looking like this:

Aside from a few banner names, most of the festival offerings look pretty similar. Chance the Rapper is headlining everywhere. So is Frank Ocean. And if you thought Kendrick Lamar was ready to step away from festivals to hit the studio, think again. Of course, none of us are complaining about seeing these names atop the posters; it’s just that they don’t exactly scream 2017. Where is St. Vincent? Isn’t Sky Ferreira putting out an album? Aren’t Gorillaz coming back?

Perhaps we have to wait for the second half of the year to find out — you know, when the Lollapaloozas, the Pitchforks, the FYFs, the ACLS, and the Voodoos put out their lineups. Or maybe, and let’s hope this isn’t the case, more acts have opted out of festivals to tour on their lonesome? Again, it’s too early to find out. The good news is that we have more than enough lineups to sift through, and there are some must-attend events coming up in the months ahead. To help us pare down the offerings, we even teamed up with our good friends over at Your EDM.