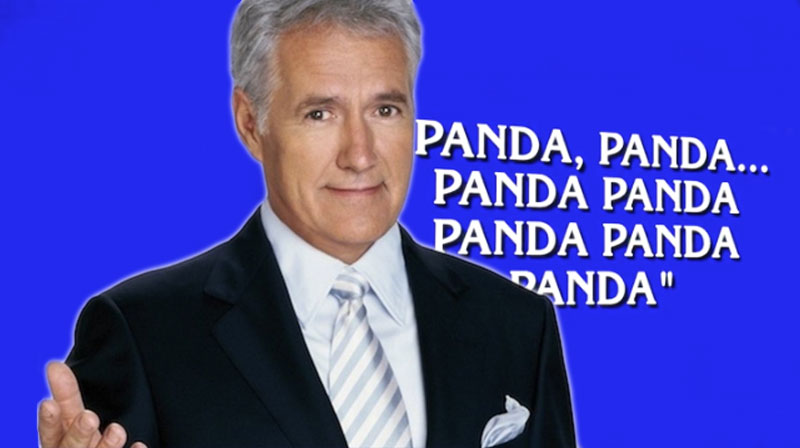 Every now and again, the folks behind the clues on Jeopardy! come up with a topic that has Alex Trebek making some pretty incredible music references. There was the time he played Arctic Monkeys and HAIM, or when he dropped a deluge of Foo Fighter knowledge. He even once rapped the lyrics to Drake’s “Jumpman”. The writers really outdid themselves tonight, however, as they created an entire category that had the gameshow host dropping bars from your favorite hip-hop stars.

The category was called Let’s Rap, Kids! (ugh), and had Trebek rapping lyrics from Drake’s “Started From The Bottom”, Kanye West’s “Famous”, Lil Wayne’s “6 Foot 7 Foot”, Kendrick Lamar’s “m.A.A.d. City”, and for the $1,000 clue, Desiigner’s “Panda”. Yes, millions of grandparents all over the country just watched Alex Trebek say, “Panda, panda … Panda panda panda panda panda.” And you can too thanks to the clips below.

Here's Alex Trebek rapping on @Jeopardy for those of you not watching ???? pic.twitter.com/FANczhVSl7

To be fair, the episode was part of the College Championship tournament, so the contests were down enough to nail most of the questions. That is, except for this poor soul: