The closure arrives in the wake of public unease, threats of violence, and several arrests 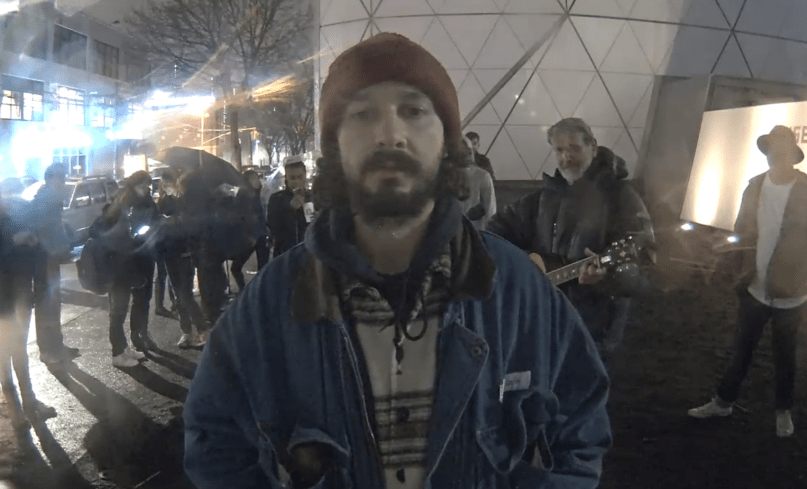 It’s been a rough opening month for Shia LaBeouf‘s collaborative art installation HEWILLNOTDIVIDE.US, the anti-Trump project at the Museum of the Moving Image in New York. The installation, which encouraged people to declare that “he will not divide us” into a camera that would collect these video testimonies over the next four years of Donald Trump’s presidency, soon became a haven for public trolling. From early on, the worst kind of people organized to get Pepe memes and MAGA propaganda in front of the camera. Then a neo-Nazi showed up to start yelling at LaBeouf about how “Hitler did nothing wrong,” and the actor responded in the reasonable (if illegal) manner to that sort of thing and was arrested as a result.

It was probably inevitable that these incidents would come to a head before long, and today the museum announced that HEWILLNOTDIVIDE.US has been discontinued, exactly three weeks after it began. The statement on the cancellation, published on the museum’s website, declares that “The installation created a serious and ongoing public safety hazard for the Museum, its visitors, staff, local residents, and businesses. The installation had become a flashpoint for violence and was disrupted from its original intent.”

We take our commitment to the safety of our 200,000 annual visitors and 50,000 school children attending programs at the Museum seriously, along with the safety and security of our staff and community.

We are proud to have launched this engaging and thought-provoking digital art installation which was experienced by millions of online viewers worldwide. Until public safety concerns overrode the intent of the installation, HEWILLNOTDIVIDE.US generated an important conversation allowing interaction among people from many backgrounds and with different viewpoints. However, ending our engagement with the installation is the most prudent path forward to restore public safety to the Museum, its visitors, staff, and the community.”

As of this publication, the artists (LaBeouf, Luke Turner, and Nastja Säde Rönkkö) have not made a formal statement in response to the museum’s decision, although LaBeouf took to Twitter to speak on the matter: