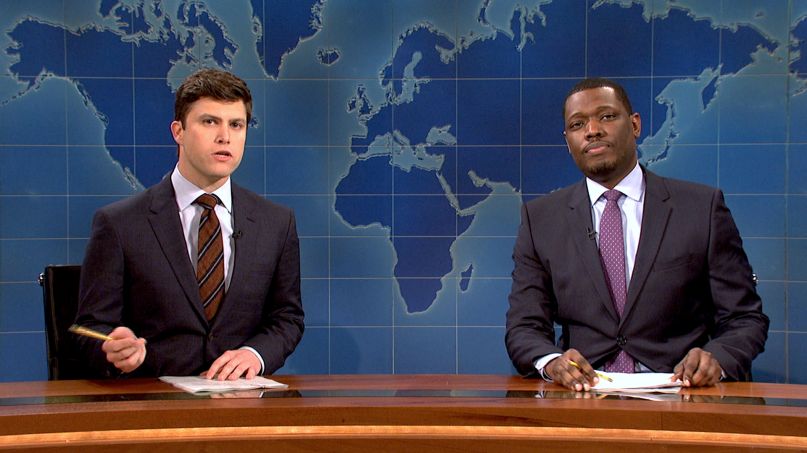 We’re still getting used to this new reality in which Saturday Night Live has been dragged back to the forefront of the American culture wars, and now it looks like its impact might expand even more. Hot on the heels of Melissa McCarthy’s breakout excoriation of Sean Spicer comes news that SNL might be headed to primetime television to continue fighting the good fight.

Politico reports that NBC is looking to turn the late-night show’s venerated Weekend Update segment into its own standalone 30-minute show. According to the political website, NBC might be seeking to capitalize on SNL’s 22-percent viewership increase — its strongest start to a new season in over 20 years — by launching Weekend Update as a Thursday night program.

NBC has yet to confirm or deny the news, but it would be a bold way for SNL to ride the increasingly powerful wave of anti-Trump sentiment it embraced in the wake of the 2016 election (if not before, lest we forget). Colin Jost and Michael Che have done some terrific work as the hosts since coming together in 2014, and a primetime version of Weekend Update would offer NBC (and SNL) the opportunity to nab a foothold in the increasingly popular medium of comedians delivering the news.

It’s unclear if Jost and Che would be retained as the hosts, or what other changes the lineup might see, but we’ll firmly endorse any and all opportunities for a Norm Macdonald revival in the meantime.