A casting choice that would be sure to infuriate President Trump 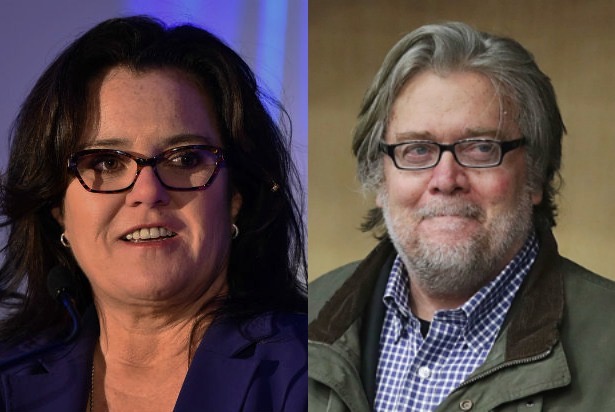 Perhaps nobody can get under the skin of President Donald Trump like Rosie O’Donnell, the actress and View co-host who Trump first targeted after she criticized his leadership of the Miss USA pageant. That was more than 10 years ago, and since then Trump has repeatedly called her a “pig,” belittled her accomplishments, and even disparaged her at a presidential debate.

So what better way to ruffle his dirty, matted feathers than to have her get involved in Saturday Night Live’s political satire, which has proven to be a thorn in Trump’s side. After a Twitter follower floated the idea of her playing white nationalist/Chief Strategist Steve Bannon on an upcoming episode, O’Donnell said she was open to the idea.

Bannon was spoofed on last Saturday’s episode, being portrayed as the Grim Reaper hovering just over the shoulder of Alec Baldwin’s Trump. O’Donnell would be an even more effective choice, what with the rumors that it was “Spicer’s portrayal by a woman that was most problematic in the president’s eyes.” Imagine how he’d react to O’Donnell, a bitter enemy, playing his right-hand man.

Of course, O’Donnell wants to make it clear that this is all just speculation.

Still, it’s something we’d love to see. And, lest we forget, O’Donnell also does a pretty great Trump.

.@Rosie as Bannon sounds hilarious, but she also does an A+ Trump: pic.twitter.com/DzVoibja0J