Recapping The Bachelor, Episode 9: Race to the Finnish Line

The most shocking elimination yet, and we're down to the final three! 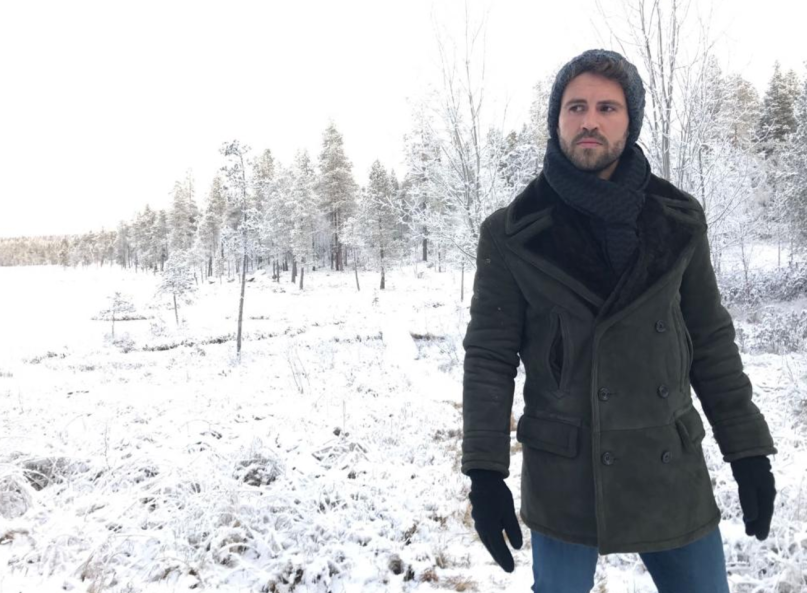 Williamsburg. Dusk. A gentle zoom of the camera reveals The William Vale, a.k.a. “Brooklyn’s All-Balcony Boutique Luxury Hotel.” Former Bachelorette Andi Dorfman is standing in the doorway to Nick’s room, pretending she just happened to be in the neighborhood. Her hair is perfectly styled. Does Drybar even schedule appointments this late in the evening? Nick pours two glasses of whiskey and wonders aloud, “What the fuck is she doing here now?”

Nick and Andi sit down to chat, and our Bachelor is contractually obligated to share every single detail about his feelings to date with the woman who dumped him on national television. He says he doesn’t feel like he needs to get engaged just because he’s the Bachelor, which I guess is supposed to be scandalous based on the accompanying musical cue? Then they start casually chatting about whether or not Nick is going to sleep with any or all of the women during the upcoming Fantasy Suite dates. Clearly Andi is fishing for stories for her upcoming book — there’s no other reason for her to care about this.

Nick says that his conversation with Andi has left him with the confidence to know that this crazy Bachelor experience could actually work out in the end. It’s time to send one of these four women home. Raven, Rachel, and Vanessa are safe. Which means our favorite platinum-vagined businesswoman, Corinne, will be heading back to her life of cheese pasta and mall-walking down in Miami. Nooooooooo! I can’t imagine this show without Corinne! I’m freaking out!

Alas, Nick has made his decision. There’s a tearful goodbye, and off she goes.

Corinne, you were on a television show competing with 29 other women for the affection of one guy. Even if you had prevailed in the end, it would not have qualified as a “normal relationship.”

We must move on. Nick is ready to take his relationships with the remaining contestants to the next level. We’re heading to Finland!

First date of the trip goes to Raven. They spend a day touring Finland by helicopter and end up at a bar playing darts with the locals. Very cute, you two!

They get to talking about hypothetical future household chore assignments, like who will do the cooking (Nick) and who will fold the laundry (Raven). But soon the conversation turns to more pressing matters: Fantasy Suite time is looming. Raven is nervous, confessing to the camera that she wants to tell Nick that she loves him, and she wants to sleep with him, but also:

Oh, you poor girl! Let us pray that his Nordic is still functional after all those beers. Hopefully he doesn’t Finnish first. ::rimshot::

But I’m getting ahead of myself. Let’s ease into the moment with a romantic dinner at a log cabin, shall we? Raven tells Nick that she came into the Bachelor process as a skeptic. She dated her last boyfriend for two years and never said, “I love you,” and she was afraid that any potential feelings towards Nick would not be reciprocated. But from the time they had their first one-on-one date, Raven felt a natural connection to Nick. “It was easy for me to see you as a partner and easy for me to see you as being a dad, and it was easy how comfortable I felt with you,” she says. Though she regretted a missed opportunity to share her feelings during her hometown date, now is the right time to say those magic words:

Nick is flattered and impressed with Raven’s profession of love. Though he can’t say it back, Nick’s reaction is positive enough that Raven feels confident he feels the same way about her. It’s time to take this love-fest to the Fantasy Suite! Except before they go, Raven decides to reveal 1.) the fact that she’s only slept with one other person and 2.) the aforementioned lack-of-orgasms fiasco. NO PRESSURE, NICK!

They arrive at their Scandinavian sex den, complete with a domed glass ceiling so they can watch the Northern Lights. Unfortunately, we won’t find out what happens until next week. But best of luck to you both.

A three hour #TheBachelor event next week! RT if you'll be joining us! pic.twitter.com/64FFyj2ZFR

Heather Kaplan is a copywriter by day and a photographer by night. She tweets, infrequently.